Benmont Tench – You Should Be So Lucky

The Heartbreakers keys man debuts - with a little help from his friends... 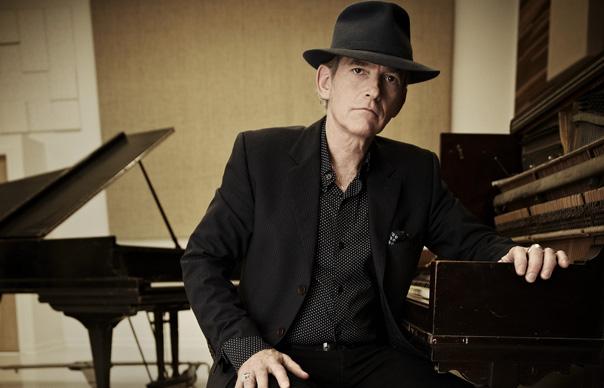 As a member of Tom Petty And The Heartbreakers and a busy A-list session player, Benmont Tench is a master of the art of getting the job done without drawing undue attention to himself. This quintessential sideman is also an eminent presence in the LA musical community, egolessly blending in with his fellow players, who revere the 60-year-old veteran for being both a musicians’ musician and a disarmingly laidback dude.

Long one of producer Rick Rubin’s guns for hire, he always shows up when a friend like Ryan Adams or Ringo Starr calls. Both are on Tench’s first solo album, part of a veritable supersession that also includes locally bred guitarist Blake Mills, expat drummer Jeremy Stacey, bassist Don Was, multi-instrumentalist Ethan Johns, singer/guitarists Gillian Welch and David Rawlings and Petty himself. Ethan’s dad, legendary producer Glyn Johns, first broached the subject of Tench making a solo album 20 years ago, and took his chair behind the console when Benmont finally decided to go for it.

Computers were absent from the control room. With its organic arrangements, live-off-the-floor performances and painterly detail, You Should Be So Lucky is very much an old-school Glyn Johns production, cut in the same room and featuring several of the same players who appeared on Adams’ similarly timeless 2012 LP Ashes & Fire. There’s nothing flashy about this record; it’s totally in character for the resolutely understated Tench. It opens subtly with the melancholy ballad “Today I Took Your Picture Down”, which recalls Warren Zevon at his most stoic. “On this track you can hear the players really listening”, Tench notes in his track-by-track breakdown, but he could just as accurately be referring to the album as a whole, which is about simpatico players locking in with the material and each other.

Tench sings his lyrics much as he plays, with restraint, feel and unforced emotion, not letting himself get in the way of the song yet still fully inhabiting its nuances. The title of “Veronica Said” signals Tench’s debt to Lou Reed (another singer who made the most of a limited voice). The sublime “Why Don’t You Quit Leaving Me Alone” (recorded by Rosanne Cash for 1987’s King’s Record Shop) wouldn’t be out of place out of place on a Randy Newman album; the tender love song “Hannah” inspires Tench’s most heartfelt vocal, its melody pushing his voice to the top of his narrow range, with poignant results; and “Blonde Girl, Blue Dress” knowingly captures the emotional state of the other guy, the one who doesn’t get the girl – presumably a common occurrence with sidekicks and sidemen alike.

Bob Dylan, who’s done more with less than any singer, is Tench’s primary touchstone, and he honours the bard on the album’s two non-originals, a luminous take on Dylan’s rendition of the folk standard “Corrina, Corrina” and a rollicking barrelhouse cover of Tempest’s “Duquesne Whistle”. You can also pick up his influence in the torrid title track, which comes across with the hellbent ferocity of Highway 61 Revisited, as Tench unleashes his inner Al Kooper and Adams, playing rhythm guitar as if his life depended on it, practically tears the strings off his acoustic.

“Ecor Rouge”, one of two instrumentals, is a watercolour landscape, while the other, “Wobbles”, swings New Orleans style, propelled by the dual drumming of Stacey and Ethan Johns. As different as they are, both capture lightning in a bottle, and hearing them, it’s easy to see why Was, after playing on the record, was inspired to release it on the iconic label Blue Note, which he now heads. Much like the classic Blue Note albums of the last century, You Should Be So Lucky is tailor-made for connoisseurs of musicianship at its headiest and most tasteful – the kind of record you’re proud to own, matching the pride of all those who participated in its creation.
Bud Scoppa

Q&A
You’re known around LA for your willingness to play with anybody.
I hope I use a little bit of taste when I go out [laughs]. “He’s no pushover, but he can be had.” But the Heartbreakers have a lot of downtime, and I love to play. If you play with other people, you’re gonna learn something. You blend everybody’s dialects and you find a common language.

This record strikes me as an extension of that impulse.
Everybody on this record is a good friend of mine. I’ve played with these folks in my house; we cook some food and talk, break out some instruments and play. So making the record felt like my house. That’s exactly what I wanted and what Glyn wanted. Hell, we just wanted to have some fun and do something good. But if I hadn’t been surrounded by friends, it would’ve been too intimidating and overwhelming.

You made the record in 10 days, soup to nuts. That’s impressive.
That’s the amount of time that we could have all of the musicians, Glyn and Sunset Sound. But I like limitations. Limitations make you work in a different way, and you get a different result.
INTERVIEW: BUD SCOPPA