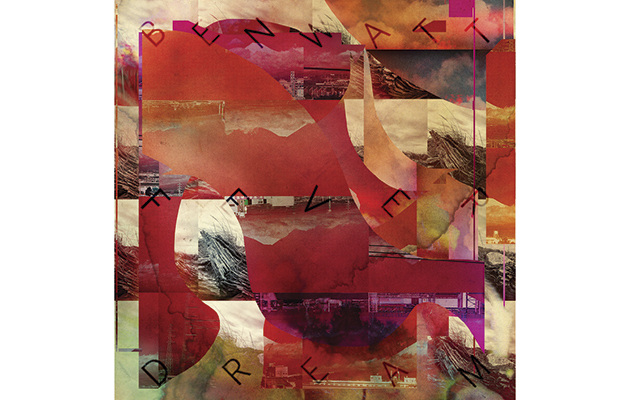 The relationship between pop music, initially seen as a fleeting youth movement, and age, its sworn enemy, has come far. Neil Young’s famous battle cry seems long forgotten, not least by Young himself, while the reaction to David Bowie’s recent death suggests we now expect our musical deities to be indestructible, not incendiary.

As a 53-year-old, Ben Watt’s not only old enough to have attended his own fair share of funerals, but has also looked death head on. His 1996 book, Patient, related his struggle with the rare, life-threatening disease, Churg-Strauss Syndrome, and Fever Dream – the follow-up to 2014’s acclaimed Hendra – confronts related themes with similar courage. Suffused in both the dread mortality inspires and the peace that comes with accepting its inevitability, it simultaneously addresses the effects that the passing of years has on one’s relationships and the compromises these demand.

Not that it’s written exclusively as a first-person memoir. When Watt sings of how “there’s still so much I want to do” on “Winter’s Eve” – a song whose four minutes fly by much like life itself – he’s in character, telling the story of a man who’s “so full of rage, still so aggrieved/Stuck at the door of winter’s eve”. His tone, however, is equal parts desperate and galvanised, informed by the universally unforgiving nature – and implications – of our ephemerality. “Women’s Company”, meanwhile, tells of a businessman who laments an irrevocable decision to let go the institution that once defined him: “An offer came to buy him out/Recklessly he shelved his doubt/And sold up to regret it bitterly.” The resignation in his ensuing silence – “Can’t think what I missed the most,” Watt notes poignantly, “Sentimental stuff most probably” – is heartbreakingly understated.

Watt’s empathy is matched by observations on time’s distortion of the nature of love, something that, as he sings on “Between Two Fires”, “can last a lifetime/Other times it tires”. Displaying a touching sense of intimacy, “Never Goes Away” recalls fondly how he once “felt your heart beat through your dress/Showing up your tenderness”, but on “Gradually” he asks, “After all this time/Are we not who we used to be?” Likewise, on “Faces Of My Friends” he exhibits a blunt candour typical of the album – “A twelve-hour drunken heart-to-heart/Is as good a place as anywhere to start” – before quietly indulging his nostalgia on “Running With The Frontrunners”, a rumination on East London’s gentrification, though “Bricks And Wood”, in contrast, finds him returning to the derelict site of his childhood home, forced by its desolation – even “the beech tree at the front was gone” – to concede “It’s better to move on/Because the past is gone”.

Appropriately, Watt leans throughout on the mature jazz-folk that once inspired him to record North Marine Drive, his 1983 debut. The comparisons this earned with Tim Buckley (whose “Buzzin’ Fly” also provided the name for Watt’s house music label) remain valid, and there are hints here too, in the nimble bossa nova of “Faces Of My Friends” and the acoustic slip and slide of “Running With The Front Runners”, of prime John Martyn and David Crosby.

Watt’s colleagues further underline such sophistication. Bernard Butler’s discreet guitar licks, especially on “Between Two Fires”, are as seductively lazy and warmly distorted as those of Neil Young’s On The Beach, while double bassist Rex Horan (Neil Cowley Trio) and drummer Martin Ditcham provide a pleasantly unhurried rhythm section. The spacious live sound curated by engineer Bruno Ellingham helps recall Ditcham’s work on Talk Talk’s Spirit Of Eden, although Paul Weller’s Wild Wood – which, like Fever Dream, is fuelled by pastoral meditations and a penchant for Traffic – offers another touchstone.

Amid all of this, Watt’s voice, furthered by the richness that maturity has brought, beds in beautifully. That he’s as comfortable presenting homilies like “Everyone has limits from the start/Finding what they are is the tricky part” (“Between Two Fires”) as singing of “a liminal collusion” (“Running With The Frontrunners”) speaks of both his articulacy and his relaxed, confident delivery.

He concludes with “New Year Of Grace”, a metal resonator guitar providing a final, brittle sense of frailty as Marissa Nadler’s hushed backing vocals usher us towards a certain end. “I see myself, I see a lived-in face/If one that’s in search of grace”, Watts sings, and this elegant mixture of acceptance, defiance, resignation, and the wisdom gained from each, brings the album to a soothing, sanguine close. Age may indeed wither us, Watt seems to be testifying, but it needn’t provoke us to burn out or fade away.

Q&A
Ben Watt
You’re best known as one half of Everything But The Girl and as a DJ. Do you see this solo work as a radical departure?
I began as a singer-songwriter-guitarist in 1980. My first single was produced by Kevin Coyne. On my second release, an EP, I invited Robert Wyatt to collaborate. I was only 19. My debut album then went to No 1 on the UK Indie Album Charts. Yes, I then took a 30-year diversion which muddies the waters, but I feel happier now with this music than at any time for ages. DJing provided me with some of the best nights of my life, but it feels like now I am tapping back into some kind of nucleus of myself.

Does it concern you that people might think some of these songs are specifically about you and Tracey (Thorn)?
Not at all. Some are. We have been together a long time. I try and talk about what that means: how love is complicated; how it requires compromises; how you disagree; how things take a while to blow over; how we are often trapped inside ourselves; how that doesn’t stop you loving someone; how hope is resilient.

Should people wait for Everything But The Girl to record again?
No. Just try and enjoy what we’re both doing now. Tracey’s become a brilliant writer and columnist, and I hope I’m making good records. Neither of us are nostalgists. I hate that Greatest Hits circus. Trying to say new things is better.
INTERVIEW: WYNDHAM WALLACE