'Let’s make a mess, lioness': the Monkeys stray a long way from Sheffield on lascivious third 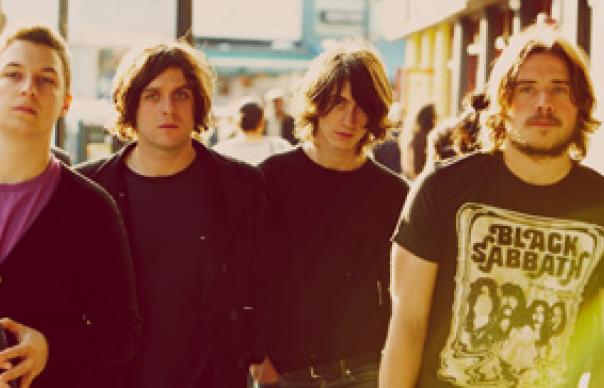 Joshua Tree, California. As far as rock’n’roll mythology is concerned, this dusty town, gateway to the Mojave Desert, is Glastonbury, Stonehenge and Camelot rolled into one. A magnet for dreamers, druggies and mystics even before Gram Parsons twanged his last in Room 8 of the Joshua Tree Inn, over the years its residents have included Steve Earle, Dick Dale, Kristin Hersh, Giant Sand’s Howe Gelb, Eric Burdon and Victoria Williams (you might also recall U2’s efforts to will themselves into rock legend by naming an album after the place).

More recently, Joshua Tree has become the nexus of the desert metal scene that orbits around Josh Homme, charismatic frontman of Queens Of The Stone Age. It’s at the town’s charmingly rustic Rancho de la Luna studios where Homme periodically convenes his Desert Sessions: raucous summer camps for grizzled ex-grungers where psilocybin binges and elemental heaviosity are the order of the day.

The Arctic Monkeys, four considered young Yorkshiremen who first burst to prominence with songs about Reebok Classics and mardy girlfriends, would initially seem to inhabit an entirely different universe. Yet a bond of mutual respect was forged after they were drafted in as last-minute support for Queens Of The Stone Age at a gig in Houston in late 2007.

“They’re tight little springy fuckers alright,” remarked Homme admiringly at the time, also noting a common penchant for pummelling drums, driving guitars and droll lyrical mischief. When Arctic Monkeys found that the songs they were writing for their third album were taking them further and further away from their chirpy Sheffield beginnings, it was Homme who got the call to produce.

The outcome of their stay at the Rancho is a meaner, slicker, spookier Arctic Monkeys. Humbug is liable to perplex the element of their fanbase who’d prefer the group to remain as quirky chroniclers of a uniquely British experience, heirs to the legacies of Blur or The Jam. But presumably that was the whole reason for temporarily relocating several thousand miles West of their comfort zone.

Arctic Monkeys have always been a springy unit, but Humbug takes their playing to a whole new level. “Potion Approaching” and “Pretty Visitors” crackle with a controlled ferocity, providing a showcase for Matt Helders’ fearsome drumming. The mid-song tempo gearshifts are tense and thrilling, worthy of skintight garage rock dynamos White Denim, with the music is matched by the barbed eloquence of the lyrics. Alex Turner’s needle-sharp observations have taken on a darker tint: where before revellers at a party would have been picked apart for their pretences, now he simply sees them “cast the shadow of a snakepit on a wall”.

It would be wrong to attribute the band’s new-found glowering menace entirely to Homme – the likes of “Balaclava” from Favourite Worst Nightmare were already inclined in that direction – but he’s obviously devoted his energy to teasing out their inner rock gods. Solos, though never employed gratuitously, squeal with confidence.

Homme’s voice is audible in the background of a couple of songs, adding fathoms of murky ambiguity. His licentiousness is contagious: you could easily interpret terrific, snarling opener “My Propellor” as one big innuendo. And while there’s still a certain tightly coiled caginess to a song like “Dangerous Animals”, it’s also sticky with sleaze. “Let’s make a mess, lioness” grrrs Turner, the kind of fabulous come-on – half tongue-in-cheek but still effective – that would be unthinkable on previous Arctic Monkeys records.

“Crying Lightning” initially situates itself in familiar lyrical territory – gobstoppers outside the factory gates – but it turns out to be more of a sinister fairytale than a slice-of-life vignette. On “The Jeweller’s Hand”, Turner channels the spirit of Edgar Allan Poe to tell of “fiendish wonder in the carnival’s wake” and “a procession of pioneers… all drowned” – while the band, including Homme on glockenspiel, do an eerie monster mash.

All impressive stuff, but there is a second chapter to the making of Humbug. Fearing it might turn out a little too samey, a second studio stint was booked with James Ford, familiar producer of Favourite Worst Nightmare, at Electric Lady Studios in New York (another joint loaded with rock mythology).

“Cornerstone” sticks out a mile as a song clearly written later to redress the minor/major imbalance of the album. But what Humbug loses in congruity, it gains in the form of one of Turner’s finest songs to date. His experience with The Last Shadow Puppets is brought to bear in the poise of its execution, an elegant sepia snapshot that recalls Morrissey circa Vauxhall And I. Like Morrissey, Turner wields those Northern vowel sounds like a velvet-gloved fist, and he’s begun to glide between notes with the same majestic all-knowingness.

In a similar vein is “The Secret Door”, the album’s one concession to traditional third album subject matter, in which Turner’s amused disdain for the red carpet circus is wrapped up in admiration for his lover’s ability to withstand the paparazzi glare. “Fools on parade/ Cavort and carry on for waiting eyes/That you’d rather be beside than in front of/But she’s never been the kind to be hollowed by the stares” he sings, lovingly, and what could have been another tedious rumination on the emptiness of fame becomes a swooning lovesong. Alexa Chung couldn’t ask for a much better tribute.

These two songs do make Humbug feel a little polarised, and Arctic Monkeys are in danger of divorcing the part of their personality that makes the electrifying racket from the part that writes the killer melodies. It’s hard to imagine many of these songs being bellowed back at the band from the Reading Festival compound. Then again, that may well come as a relief to them. Arctic Monkeys were never comfortable as the ‘voice of a generation’. Humbug subtly shrugs off that unwanted mantle, and in the same deft movement, promises a much more interesting future.