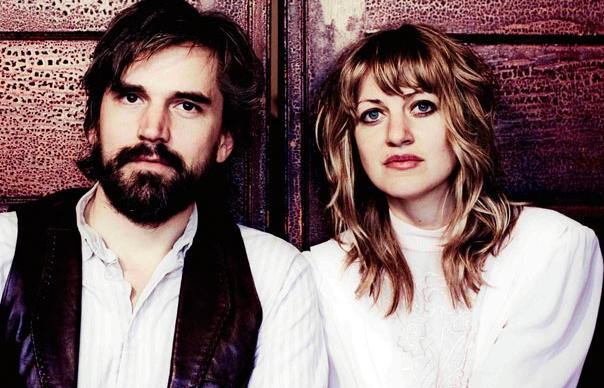 The folk songs accumulated by the 19th century Harvard professor of rhetoric and oratory Francis Child have become an endlessly malleable core of material upon which each successive folk revival has drawn. Perhaps because he never heard them sung, but instead collected them as written texts, there is a protean, metamorphic quality to the Child Ballads which is well suited to their often supernatural themes. Just as the cursed Tam Lin exhorts his lover to hold him tightly through all the various terrifying transformations which the Fairy Queen will visit upon him, in order to break the spell and return him to his human form, each individual Child Ballad has been put through any number of revisions, alterations and reinterpretations, as singers alter and amend the narrative to fit their own ends, whilst always leaving the essential message of the story intact and eternal. Tam Lin will always end up human, Sir Patrick Spens will always end up drowned on his royal errand, and poor Geordie always ends up hanged.

Anaïs Mitchell and Jefferson Hamer discovered a shared passion for the Child Ballads when he was lead guitarist in her band, supporting the growing reputation singer-songwriter Mitchell was accruing through albums like 2010’s Hadestown and this year’s acclaimed Young Man In America. Together they set about recording this slim portfolio of seven Child Ballads, including the three referred to above.

While some of the songs have been amended to suit contemporary imaginations, or dispel potential linguistic confusion, they are all faithful to the source material. The seven songs occupy territory of treachery, trickery and tragedy, in which the lower orders seek through cunning or rhetoric to evade the fates or punishments that kings and aristocrats visit upon them. In “Willie Of Winsbury“, the eponymous hero charms an angry king whose daughter he has impregnated; in “Willie’s Lady”, the titular king foils the curse placed by his mother (a witch) on his wife preventing her from bearing child, by passing off a wax simulacrum as a baby during Christening, causing the witch to believe the curse is broken; and while her attention is thus dispelled, the couple quickly consummate their bond.

Less happily, the hero of “Sir Patrick Spens” is doomed by royal commission to maritime disaster, required to deliver home the young Scottish queen Margaret, Maid Of Norway through storm-tossed seas evoked here by smears of fiddle dabbed against the guitars. Water in general is best avoided in Child Ballads, if the double-drowning tale of “Clyde Waters” is anything to go by. Here, with Tim Lauer’s accordion tints lending a mournful mood to the arrangement, yet another Willie and his lover Margaret perish separately in the Clyde, their deaths linked by a premonitory dream of drowning.


In “Riddles Wisely Expounded”, the very first of the Child Ballads a knight gives a headstrong girl a series of riddles to answer before he will plight his troth. She nails each and every one; though the incessant refrain advising “Lay the bent to the bonny brume… and you’ll beguile the lady soon” suggests it is he who is the cannier.

One suspects they fully deserve each other, as too do “Tam Lin” and his beloved, whose fealty and devotion through terrible circumstances serves as an age-old metaphor for the security of the marital bond. Though Mitchell and Hamer avoid the kind of astringent vocal blends favoured by most British singers of these ballads, there’s still an intriguing piquancy to their harmonies, with Mitchell’s girlish timbre resting against Hamer’s milder, warmer tones. The frequently repeated refrains help imbue both the fatalistic quality of the ballads, and a pop-conscious melodic familiarity which brings them in line with modern pop practice. Likewise, the arrangements of sparse guitar picking, set against pump-organ or accordion drones, also draw ancient and modern together, in rolling, wave-like cyclical figures which confirm the inevitability of the narratives.
Andy Gill

Q&A
Anaïs Mitchell
Where did your fascination with the Child Ballads originate?
My parents were hippies, and they had this hippie folksong book, The Rise Up Singing Songbook, and I would come across a song every once in a while that it would say was a Child Ballad, so I filed that away; and then a few years ago, I started listening to a lot of English, Scottish and Irish music, and fell in love with the exotic storytelling language.

Which is your favourite?
I’d probably say ‘Tam Lin’ – I’ve always loved the way that in ballads from across the Atlantic, there’s all these supernatural goings-on, fairies and witches and spells. Most of the Ballads that made their way over and got established in America seem more realistic, morality tales, and not so many fairies! So our version of ‘Tam Lin’ doesn’t have any explicit fairy activity. I just think the metaphor of a partnership where you have to really hold on to the other person whilst they transform into these fearsome creatures, then you can win the human prize at the end, I think that’s beautiful.

They fit in well with the current vogue for ‘wyrd’ freak-folk.
I do think there’s something really regenerative about the American take on British and Celtic songs, and vice-versa: you hear the words in a different way. My last album was inspired by some of those songs, images like never trusting a man with a “black and roving eye” – you know exactly what it means, and they knew what it meant a hundred years ago, it’s a touchstone image that gives you this thrill. You feel the past, the realness, and your place in it.
INTERVIEW: ANDY GILL