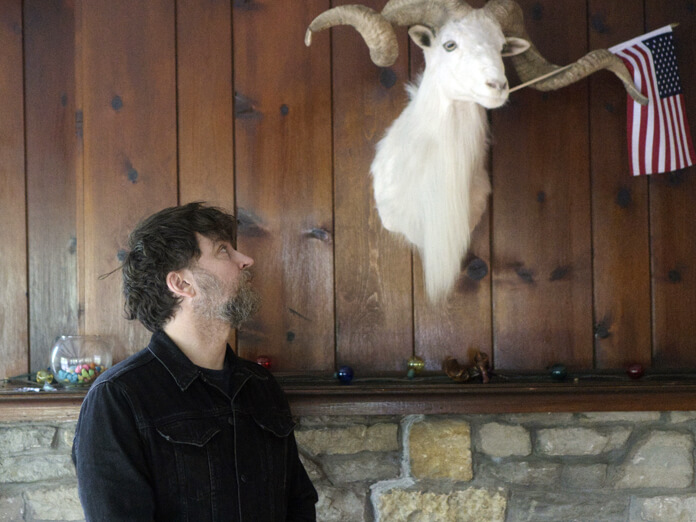 Companion Rises is a collection of clarion moments. Take “Pacific”, an organic meditation that opens the record and mirrors rolling waves; it’s cleansing, realigning focus and relaxing the listener into the journey of the album, channeling nature’s vast presence and offering two minutes in which to feel small and thankful. But as calming as it is, it’s also bold, an unmistakable celebration of earth and the cosmos, one that stands at the precipice of new age tropes without toppling over.

It’s also testament to the inventiveness of Chasny’s approach, where what sounds like synthesisers are actually layers of processed guitar. These lines are inspired by the seascape of Chasny’s home state, threaded together for a broader meditation on California’s inherent spiritualism and pull. The state here anchors more celestial lyrical themes, with the earthen and stellar realms represented by this suffusion of analogue and digital sounds.

Yet as cerebral and high-concept as this all sounds, the result couldn’t be easier to take in; its vibe washes warmly over the listener, evoking a passive, calm and blissful state. But the intricacy of the album’s dynamics also invites an active state of examination, to interrogate its layers and words, and investigate the vastness of its universe. It has a rare duality that can inspire one to either check in or drop out.

As the album progresses, new sounds emerge. Acoustic and electric guitar, synthesiser, shakers and other percussive elements merge in an interminable sonic tapestry. “Two Forms Moving” centres on this commingling, a lovely scenario in which opposing ends – like acoustic picking and electric guitar bursts – co-exist in harmony, a reprieve from the harsh polarity of the modern day. “Black Tea” evokes the trace-inducing quality of acid folk, with Chasny repeating “I can barely move” over fingerstyle guitar and washes of electric distortion, an act of semantic satiation that transforms voice to instrument, an added texture in the song’s greater psychedelic symphony.

“The 101”, named for the iconic highway that snakes from southern California to the north of Washington state, evokes the momentum of the road. Layers of acoustic and electric guitar swell and collapse like the patterns of cars, stretching or constricting depending on their concentration. “I don’t mind the days or what the days become/Everything is brighter with the setting sun,” Chasny sings on the title track. It’s the closest he comes to the realm of the singer-songwriter on this album. That line, sung over full-bodied reverberations of fingerpicked guitar, projects the palpable sense of possibility many feel when leaving the East Coast for the stunning landscapes and earthen creative legacy of the Golden State.

To make an album inspired by such an iconic and oft-celebrated place as California is by any stretch a dangerous proposition, but that’s perhaps the most impressive thing about Companion Rises. It manages to do many things, the most unique being that it relays a sense of place and time in a way that is neither cliche or hifalutin. By allowing its spirit to move through his long-honed vision, Chasny presents a satisfying rumination on the state and its many facets – from its new agey-ness to its breathtaking geography and geology – that is both singular and universal, wholly personal yet easily understood. Companion Rises is unmistakably Chasny’s journey, and it’s wonderful to come along for the ride.