Recording Is The Trip: The Karen Dalton Archives Box Set 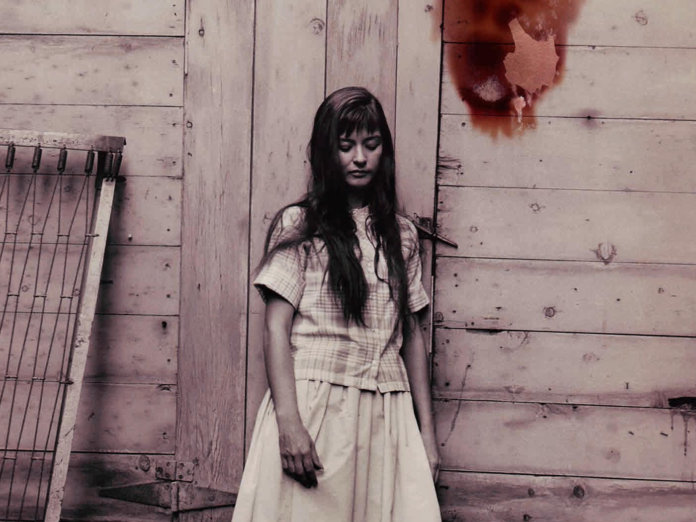 Sent out to support Santana on a 1971 European tour, Karen Dalton may have realised that mainstream success was never going to be her thing. Having spent the previous decade playing for change in the folk clubs of Boulder, Colorado and Greenwich Village, the Texan-born singer with a voice like a battered trumpet had never been much inclined to perform for audiences who weren’t prepared to listen. Faced with impatient crowds, tight schedules, less-than-rapt attention, she struggled.

“She had a stellar backup band and great support, but she was difficult to travel with,” remembered Peter Stampfel from East Village dirtbags the Holy Modal Rounders. “By the end of the tour, she had missed at least one date by simply refusing to come out of her dressing room.”

A vintage press advert included in a booklet accompanying this collection of the freewheelin’ singer’s early recordings states “for 10 years, Karen Dalton has been trying hard not to be famous”. In practice, being overlooked came rather naturally. While hep-cat friends like Fred Neil and Tim Hardin became recording artists and successful songwriters, the striking but surly Dalton struggled to carve out a niche, lacking the showbiz chops of Judy Collins, the righteous verve of Joan Baez or the down-home authenticity of Hedy West. Her supernatural ability to warp songs to her own bleak sensibility remained a folk-circuit secret until Neil (the man of the moment following the success of “Everybody’s Talking”) persuaded Capitol to release 1969’s It’s So Hard To Know Who’s Going To Love You The Best. However, Dalton’s recording career ended abruptly with 1971’s In My Own Time, nerves, despair, heroin and alcohol confining her to the margins. She died of an Aids-related illness in 1993, long before Bob Dylan, Nick Cave, Devendra Banhart and Joanna Newsom got the chance to sing her praises.

How much she would have welcomed that acclaim is a moot point. Listening back to the two discs of Dalton performing at the Attic club in Boulder in October 1962 (recorded by her friend Joe Loop and first released as Cotton Eyed Joe in 2007), she doesn’t show any burning need for approval. She begins without a word of introduction with a six-minute take of “It’s Alright”, transforming Ray Charles’ soulful blues into a folksy death march. Hillbilly hoe-down “Cotton Eyed Joe” is stretched out into a languid, 12-string ballad, with Fred Neil’s anti-war “Red Are The Flowers” reduced to a similar crawling pace to allow Dalton to stretch her extraordinary, haunted howl around it.

Some attributed Dalton’s unnatural ability to insinuate herself into these folk and blues songs to her Cherokee roots and hardscrabble upbringing in Oklahoma. It’s a myth her daughter, Abralyn Baird, has been keen to debunk. Dalton was no hayseed ingénue; she went to college, was well-read and, as for her dirt-poor roots, Baird said, “Her dad was a respected welder. Her mother was a nurse. Not terribly Grapes Of Wrath.”

Her feel for the material might be more down to a vampire’s nose for blood, a spider’s eye for dark places. At the Attic, she luxuriates in the gloom of Leroy Carr’s “In The Evening” and Lead Belly’s “Good Morning Blues”, and sings Bessie Smith favourite “Nobody Loves You When You’re Down And Out” with a hard-won cynicism entirely unfitting
for a woman of 24.

Tellingly, the trad-arr “Katy Cruel” was her signature tune; she played it live at the Attic, and on the set of 1963 home recordings here (previously released as Green Rocky Road) then recorded it on In My Own Time. A bad penny’s lament, it summed up the “roving jewel”’s uneasy relationship with the straight world; twice married and twice a mother before she turned 20, Dalton felt doors had been slammed in her face, and that sense of injustice burns as she sings, “When I first came to town they gave me drinks aplenty/Now they’ve changed their tune and hand me the bottles empty.”

Her attitude to outsiders was hostile, suspicious (“My mother was the kind of person who would scream at bank tellers,” Baird remembered). Let loose in her own space, however, she came alive. Taped at her flat in Boulder, her home-grown “Green Rocky Road” – Dalton dubbing on banjo as well as 12-string – is a gently joyous, jazz-age oddity. “Ribbon Bow” is transformed into a proto-Cure scowl, while she swells the traditional “Nottingham Town” to almost 13 minutes, medieval murk morphing into raga enlightenment somewhere along the way.

Dalton ultimately moulded her style to fit her producers’ vision on her studio LPs, but these recordings are pleasingly unfettered, and so informal that the phone rings in the background at one point. However, if the sound can be cutesy quaint, there’s no disguising that the manner in which Dalton transforms coffee-shop favourites into work that – for all of its ramshackle construction – has an Ingmar Bergman existential heft.

Ahead of the game in the age of Beatlemania, these unvarnished pieces may well catch Dalton at her peak. In the years ahead, she wrote songs but didn’t record them, and never expanded far beyond the repertoire she was playing at the Attic (her two LPs, and another home-recorded collection, 1966, feature much of the same material). Weaving through Santana’s gear to play her 30-minute slots in 1971 to a bunch of teenage stoners, the 30-something Dalton can only reasonably have concluded that her time to shine had long since passed. Listening to this collection, though, her possibilities still seem endless.