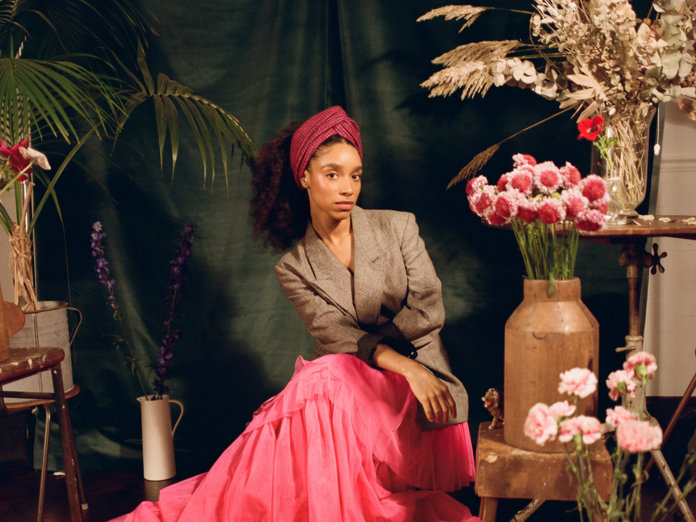 In years of yore, you could be relatively sure that an album bearing its author’s name was their first: Bob Dylan, David Bowie, Madonna. These days, an eponymous record often comes later, as a statement. If the hoary old saw about debuts – having your whole life up to that point to write it, but just a handful of harried months to write your second – is true, it’s also true that when recording that debut, everyone needs a helping hand, from producers, engineers or A&Rs. Often it’s only once an artist learns the ropes of the studio, label politics and the promotion cycle that they can truly find their own voice.

So it is with south Londoner Lianne La Havas. Her first two albums, 2012’s Is Your Love Big Enough? and its 2015 follow-up Blood, revealed a rare talent and won her nominations for the Mercury, the Brits and the Grammys, along with the love of Stevie Wonder and Prince, who played a gig in her front room. Somehow, though, it still feels like she’s never really had her defining moment.

La Havas is now in her thirties, having weathered the deaths of her grandmother and great-grandmother, as well as Prince, who became something of a mentor, in the past five years. Her third album arrives in a musical world just as changed, where artists such as Solange, Thundercat and Nao have brought soul and jazz back to the mainstream in full, genre-spanning complexity, and in which a singer-songwriter doesn’t have to smooth off their edges to be heard.

Which is not to say Lianne La Havas is a sonic shock: it’s evolution not revolution, putting its author’s sound deeper into her own context. Though she doesn’t, like the neo-soul musical heroes of her youth – Erykah Badu, India Arie or Jill Scott – actually sing her own name, still it’s written in every note. And what better setting for a narrative of self-rediscovery than a breakup record? Partly inspired by the Destiny’s Child album Destiny Fulfilled, Lianne La Havas follows the giddy beginning, intense heat and messy death of an unhealthy relationship.

“Bittersweet” sets the flavour from the opening, with a languid, deeply soulful groove built on the bones of Isaac Hayes’ “Ike’s Rap III/Your Love Is So Doggone Good”, La Havas’s voice languid as she picks wearily over broken pieces: “We’re picking that fight everyday/This shit’s going nowhere.” The finger-clickingly slinky “Read My Mind” then picks up the pace as it looks back to the delicious danger of losing yourself, body and soul, to a stranger: “So right, would make a baby tonight, throw my life away/I’ll die another day.” Odd details – an almost-jarring little plink of harmonics on her guitar here, a distracting little run on the piano here – complicate the beat. By the gorgeous “Green Papaya”, La Havas is head over heels, rolling deft arpeggios through Joni Mitchell-esque guitar chords, crooning away any last misgivings: “this river of doubt, help me to swim my way out”.

It’s those quieter songs that stay with you the most: once things have begun to come undone on the deceptively free and easy “Can’t Fight”, “Paper Thin” stuns with the weary huskiness in La Havas’s voice. It’s languorous, lost, almost too tired to go on, as she pleads for the “other key” to her lover’s too-open heart over tangled fingerpicking and softly-softly drums. “They said they’re scared of you, I’m like, me too, me too… You say you’re scared of me, we both just want to be free.”

The pressure is released in a glorious cover of Radiohead’s “Weird Fishes”. La Havas’s connection with the song is intense; her version, a slower, heavier groove with intent drums and thick, subaqueous keys, builds beautifully, fitting the album as if written for it. She reins her voice in for “I get eaten by the worms”, and the restraint makes the payoff at the climax cosmic indeed: “I’ll hit the bottom and escape.”

Freedom secured, the final third of the album revels in resilience: the oblique, dodging R&B of “Seven Times” asserts, “What used to be means nothing to me now.” “Sour Flower”, her final moment of epiphany, contrasts a smooth, rolling verse with a poignantly defiant chorus. “Running my own show,” she sings, “You can find me/Dancing on my own.” It’s a beautiful tribute to self-reliance to close a record that takes you down to the bottom and back up to the light, leaving you in no doubt as to who Lianne La Havas really is.