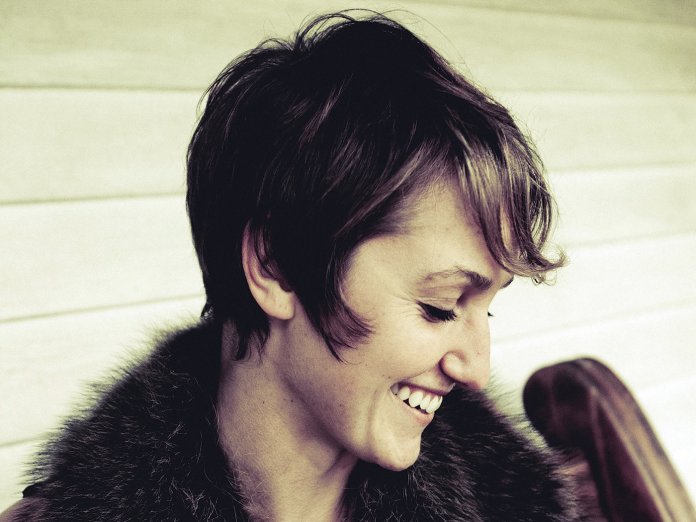 After studying environment ethics and playing in coffee shops around Athens, Georgia, Joan Shelley returned to her native Kentucky in the late 2000s and embedded herself in the Louisville music scene. She found a place among a motley assortment of players steeped in punk and post-punk but bent on reassessing the region’s old-time traditions. They held all-night jam sessions that were lively and jubilant, and they helped sharpen Shelley’s playing and songwriting. First as one-third of the trio Maiden Radio (which also includes Julia Purcell and Cheyenne Marie Mize) and later as a solo artist, she imported the scene’s communal values into her own songs, making a handful of records that showcase others’ contributions as prominently as her own.

Her 2010 debut, By Dawnlight, remains out of print, but these vinyl reissues of her second and third solo albums reveal an artist coming into her own, casting a wide net for sounds and styles even as she homes in on her own voice. Released in 2012 and 2014, respectively, Ginko and Electric Ursa are adventurous, even fearless, as Shelley crafts songs that are sturdy, melodies that sounds like they’ve been sung for centuries, and lyrics that gesture toward emotions just beyond expression. Every artist goes through a similar learning process, but few do it as swiftly or as productively as Shelley did nearly a decade ago.

“You stand like a ginko tree, tall, proud and wise,” she sings at the beginning of Ginko, immediately offering a compelling image that no doubt draws from her environmental ethic studies. At once homey and exotic, quizzical and even carnal, it sounds like a line from an old Appalachian folk tune about doomed lovers, but Shelley doesn’t quite know what to do with it. The percussion rattles ominously, and she riffs dreamily on that phrase – “You stand like… you stand…” – but something feels just out of reach.

However, with every song on Ginko (which has never before been pressed to vinyl), Shelley eases into her songs. Her backing band includes Purcell and Mize, as well as producer Daniel Martin Moore and guitarist Joe Manning, and they lend these songs a folksy austerity, even as they make forays into parlour pop on Your Doll and Appalachian art-rock on the epic Unbound. Not every song hits its mark, but there’s a sense of freedom and excitement, as though Shelley can’t wait to indulge every musical whim.

Sure As Night, with its dusty country lilt and determined vocals, is her first classic, a love song that finds salvation in a certain kind of ruination: “Now the only thing to fear at night is that you’ll never fall in love again.” Shelley explores a similar idea on Sweet Dark-Haired Man, with its shuffling drum rhythm and whistled solo: “You can lead me lead me lead me on,” she sings, as though embracing the inevitable heartbreak. Even if she’s still experimenting with her sound, Shelley zeroes in on her subject matter: the self-nullifying sacrifices you make in the name of love, whether it’s romantic, spiritual, or musical.

Electric Ursa, Shelley’s first for No Quarter Records, opens with her fronting a full post-rock band. Nodding to local acts like Slint and For Carnation, Something Small delivers one of her most dramatic hooks, complemented by Manning’s rumbling guitar solo and Sean Johnson’s stoic drum shuffle. Not only does she hold her own against the dissonance and din, but she pushes against these heavier sounds, as though they’re just another form of regional folk music to her, like an old-time jam or an Appalachian ballad.

This album is a remarkable step forward, both sonically and lyrically. Shelley settles into these songs so easily that nothing feels like an experiment. She and her friends combine so many sounds and styles so gracefully that the seams never show. Everything just works, which means this is an album full of rich moments and unexpected flourishes. A stuttering organ thrums underneath Rising Air, adding a tension to the cascade of piano notes. The hymn-like Remedios doesn’t even need lyrics to convey its sense of quiet wonder, just Shelley humming softly and her steady banjo notes. And the closing title track sounds like a field recording, its lo-fi quality wicking out fine gradients of emotion from her voice. If Ginko was about sacrifice, Electric Ursa is more concerned with the opposite. It’s not about losing yourself, but about finding yourself in small moments and small joys, whether it’s the high spirits of good friends or the gentle pluck of an old banjo.