A prescient classic, reissued, reimagined and better than ever 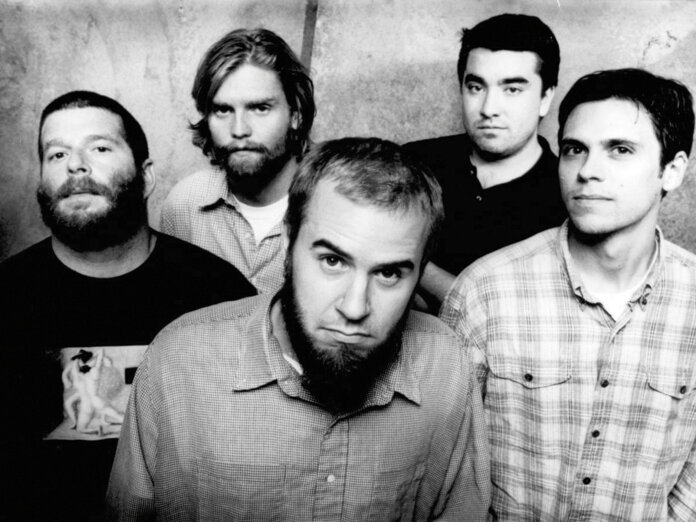 Jason Lytle has always been drawn to the wilderness, but civilisation seems to have a way of drawing him back again. After years in his hometown of Modesto, California, in 2006 he headed to Montana for the best part of a decade, before relocating to Portland, then Modesto again and now Los Angeles.

When Uncut speaks to the songwriter, he’s out in the wilds again, having left the smoke and traffic of Southern California for a camping trip in Idaho. “I’m in the mountains,” he says, “and I’m about to drive further into the mountains today.”

It’s this see-sawing impulse that’s driven the best of Grandaddy’s work, both in sound and in subject matter. In their finest songs, there’s a squabble between man and machine; the purity of the mountains and canyons is contrasted with the sterile disappointment of our urban sprawl, as pianos and guitars mix with synths. If any single Grandaddy record sums all that up it’s The Sophtware Slump, their second record and still their most complete.

If this is where everything came together, it’s fitting that the album’s receiving the vinyl boxset treatment – four LPs, comprising the original record, two discs of rarities and B-sides, and a new recording of the whole album on piano.

The original Slump remains a stunning piece of work, from the stately, warped piano ballads to the fuzzy garage rockers daubed with quivering synth arpeggios. Like many a classic album, it’s all about the feeling, in this case a melancholic and euphoric mood sustained throughout, from the nine-minute chamber-prog opener, “He’s Simple, He’s Dumb, He’s The Pilot”, in which protagonist 2000 Man returns to an Earth that only wants to crush his spirit, to the dystopian closers “Miner At The Dial-A-View” and “So You’ll Aim Towards The Sky”, with a different character uncertainly returning home after years on another planet.

Most of the rarities appeared on 2011’s deluxe CD reissue, but many feature on vinyl here for the first time. The real new draw is 1999’s “Signal To Snow Ratio” EP, which pointed the way to The Sophtware Slump from the grimier, awkward Under The Western Freeway. “Jeddy 3’s Poem” introduces the titular alcoholic robot, and even ends with a snatch of the melody from …Slump’s “Jed The Humanoid”, while “MGM Grand” exorcises the last of their weirder, slacker earlier work; most importantly, the wistful “Protected From The Rain” marks one of the first times Lytle steps back from sabotaging the beauty of his songs with ironic noise or lo-fi quirks, laying the groundwork for “He’s Simple…” or “Underneath The Weeping Willow”.

While the other B-sides and demos can be patchier, they’re still worth having, especially the woozy downer “Wonder Why In LA”, the unhinged math-garage of “N Blender”, and “XD-Data-II”, which is like Side Two of On The Beach drowning in synth malfunctions.

Perhaps the box’s most enticing element is …Slump… on a wooden piano, Lytle’s 2020 re-recording. In many ways it’s a minor revelation: this is no singer-songwriter alone at the keyboard; rather a complete reimagining of the album that reveals new depths. Around the piano, Lytle weaves synths, backing vocals, all manner of effects; he even replicates the snippet of “AM 180” from the original “He’s Simple…”, and uses the same dodgy delay unit for the echoed “dream” on “Miner At The Dial-A-View”. That song’s new incarnation, stripped back and weightless, tops the full-band original, while “E Knievel Interlude (The Perils Of Keeping It Real)” evolves from a gawky detour into a classy Chopin-esque miniature.

The simplicity of the newly streamlined “Jed The Humanoid” enhances its plaintive power – could anyone but Lytle make a song about the booze-assisted suicide of a neglected robot so deeply affecting? Elsewhere, “The Crystal Lake”, “Chartsengrafs” and “Jed’s Other Poem (Beautiful Ground)” each reveal new caverns of heartbreak that are only partially explored on the originals. Only Lytle’s deconstructed take on “Hewlett’s Daughter” fails to fully take off.

Though the homemade, sepia textures of The Sophtware Slump have always been crucial to its appeal, this piano version shows that Lytle’s underlying songwriting can more than stand up in a different setting. It might not improve on the original, but it does, by virtue of what it unlocks in these songs, actually improve the original as a listening experience. On release, The Sophtware Slump seemed like a future classic; in 2020, with some of the world’s cities shut down or ablaze, our wildernesses increasingly damaged and the technological Pandora’s box yawning wide, it sounds perfect.