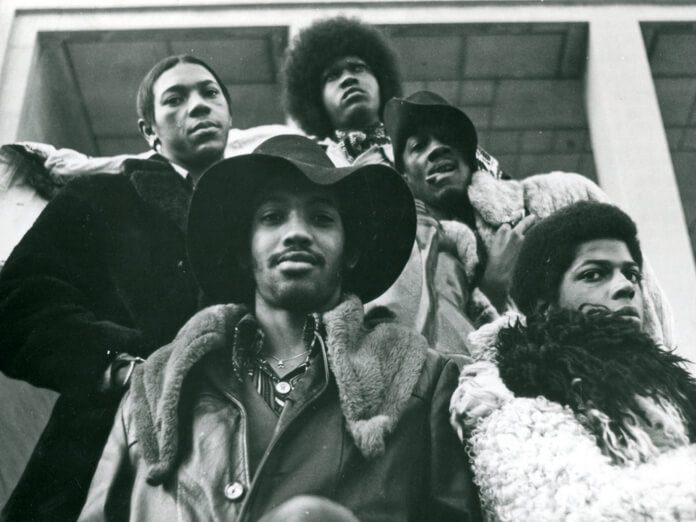 In 1970, George Clinton and his merry pranksters of P-Funk released three albums that, collectively, worked to rewrite the possibilities of soul, funk and rock as integrated forces across the landscape of popular music. With Parliament’s debut set, Osmium, and these first two Funkadelic albums, Funkadelic and Free Your Mind And Your Ass Will Follow, Clinton and P-Funk set out the parameters of their thing – a plasmic, irruptive funk-rock hybrid where riffs were elastic, grooves were eternal, the world was rendered surreal, politics were both prurient and profound, and comedy came both at, and from, the core: equal parts skits and scatology.

With the turn of the decade and the end of the ’60s’ countercultural dream, the addled confusion of P-Funk seemed, just about, to capture the stank of the times and throw it back in the face of a puzzled, perplexed audience. Who the hell were these weirdos?

Truth be told, it took Clinton a little while to find his groove. Born in North Carolina and raised in New Jersey, he’d started out with doo-wop group The Parliaments. Taking his band to Detroit in the mid-’60s to audition for Motown, The Parliaments flunked the test but Clinton stuck around, landing a gig as an in-house writer for the venerable soul hit factory. The Parliaments tasted minor success in 1967 with “(I Wanna) Testify” – there’s a string of Parliaments 45s for small Detroit labels like Revilot, none of which signal the galaxy-gobbling hunger of Clinton’s freaked-out world vision.

There was a small, strange period of time in Detroit where Funkadelic would share stages with incendiary rock gangs like MC5 and The Stooges. Signed to nascent Detroit label Westbound by budding entrepreneur Armen Boladian, Funkadelic landed in the studio in late 1969 to record their first album, getting it down in two days straight at Tera Shirma Sound Studios. You can hear the impact of their encounters with Iggy Pop and his crew on the first, self-titled Funkadelic album, now being reissued on coloured vinyl along with its follow-up; it’s a spare, minimalist thing, reduced to its barest constituent parts – a dark ride into the eternity of the drug-addled groove. Indeed, as recently as 2016, Clinton has acknowledged, “They influenced us a lot. We was changing from Parliament to Funkadelic, and it would have been Iggy Pop [who] had a lot to do with that. That craziness.”

Opening with its legendary lines, “If you will suck my soul, I’ll lick your funky emotions”, Funkadelic slip straight into one of their venerable grooves, “Mommy, What’s A Funkadelic”, a nine-minute trip into a choral, funk-dazed fantasia. The spindly guitar riff of the following “I’ll Bet You” (soon to be covered by the Jackson 5) is counterbalanced by a fat, insistent six-string churn, with coruscating wisps of delay-drenched feedback filling in the stereo space, as Clinton and his crew spar over the song’s sticky strut. Session guitarist Ray Monette sprays a frenetic wah-gasm across “I Got A Thing, You Got A Thing, Everybody’s Got A Thing”, a heady speed rush of clipped, chipped funk. There’s also the murky blues vamping of “Qualify And Satisfy”, and the closing space-case Q&A of “What Is Soul” – “a joint wrapped in toilet paper” and “a hamhock in your cornflakes”, apparently.

If Funkadelic was psychedelic, then its follow-up, Free Your Mind And Your Ass Will Follow, was psychedelia as psycho-drama, pure and simple. Clinton has previously explained that the album was recorded in one long session while the entire band was dosed with LSD, and that makes a lot of sense, particularly when you’re riding its frazzled dynamics: it’s a slippery album, a spaced-out cornucopia of twisted hippie Christian gumbo (“the kingdom of heaven is within…”) and loose-limbed, heavily swinging funk. Yet it’s still surprisingly coherent too, particularly given its genesis story. The opening title track is far more structurally cohesive than often credited – the relentless fierceness of its choppy riff grounds the song’s spiral-cycle of wigged-out extemporisations around one simple, endless chord. That sets the tone for much of the album, though it also reaches out and captures something strangely anthemic, on songs like “Funky Dollar Bill” and the glissing glide of “I Wanna Know If It’s Good To You”.

Listening back, on the occasion of their 50th anniversary, it’s remarkable what Funkadelic achieved on these first two albums – they’re perfect examples of the tension between limitation and explosion that makes for the best funk, a rigid-yet-fluid grid of groove continually derailed and perverted by all kinds of unexpected turns. After all this time, they’re still exciting as all hell.