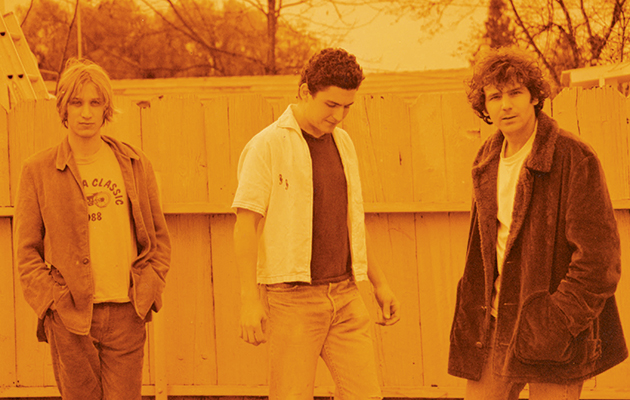 Acetone didn’t go completely unnoticed in their time. Formed at the back end of grunge in 1992, they were packed off on support tours for The Verve, Spiritualized and Oasis over the following years, though none of those audiences were likely to embrace the bucolic subtlety of their foraging guitar music. They were a three-piece without a natural frontman, a band who sang in hushed tones or else none at all. And their songs tended to be impressionistic pieces that nosed around for a groove rather than concerning themselves with hooks and snappy choruses.

Bassist Richie Lee and guitar player Mark Lightcap had met at the California Institute of the Arts in Los Angeles during the ‘Eighties. Hooking up with local student Steve Hadley, a proficient drummer, they formed art-noise outfit Spinout and adopted a series of pseudonyms: Scooter, Geezer and Izzy Cane. Their solo legacy was a self-titled album in 1991, after which they split from lead singer Tom Henry and decided to form Acetone.

1992 – 2001 does a fine job of collating their best moments from a career that spawned four albums and two EPs, as well as offering nine unreleased tracks from the hours of music they recorded in an empty bedroom that served as a regular rehearsal space. The songs glow with a low-key radiance and move with a warm, spectral propulsion that recalls both VU and the dreamier end of Mazzy Star (indeed, the latter’s Hope Sandoval declared Acetone “one of my all-time favourite bands”). “Shaker” is a deceptively tranquil instrumental that undergoes various tiny calibrations. A discreet organ drone adds to the shifting textures of “Return From The Ice”, while their interpretation of William Blake’s “How Sweet I Roamed”, via The Fugs, feels like a blissful lullaby.

Clues to their noisier past do emerge occasionally, like Lightcap’s twanging solo on “Things Are Gonna Be Alright”. Though the only time they really get heavy is during the distorted squeal of “Vibrato”, a mini-jam that otherwise carries a balmy Southern groove. And 1997’s “Chew”, taken from their first album for Vapor Records, owned by Neil Young and manager Elliot Roberts, is nothing short of spectacular. Hadley’s drums tick like jazz, Lee produces a springy bass riff that’s irresistible.

Who knows what Acetone might have become. Their story ultimately ended in tragedy, when Lee took his own life in the summer of 2001, in the garage next to the house they rehearsed in. He was just 34. Hopefully, the band’s beguiling back catalogue might finally get the recognition it deserves, not only through this primer but also Hadley, Lee, Lightcap, a new book by author Sam Sweet that charts the back stories of each member.