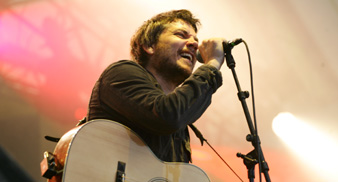 Wilco have had to cancel their previously scheduled UK tour, which was due to commence in Manchester on November 2.

The band have cited “scheduling conflicts” for the cancellations, and are referring fans to the individual gig promoters for refund information.

However, they say that they will be returning to play in the UK in 2008.

The cancelled UK dates are:

Wilco have also announced details of a new Australia and New Zealand tour for March 2008.

The new tour dates are:

Entrants to the uncut.co.uk competition to win tickets to the UK shows next week will still recieve the ‘Sky Blue Sky’ T-shirts and CDs as advertised.

Winners will be notified after the closing date tomorrow (October 30).