What’s inside the new Uncut..? 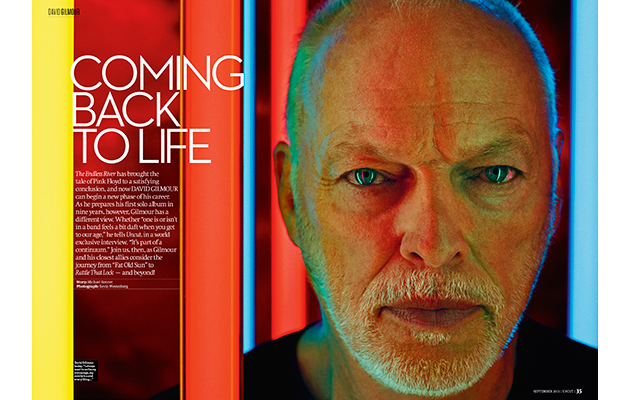 There are, perhaps, worse ways to spend the day. Last month, I was invited down to meet David Gilmour on his houseboat recording studio, Astoria, moored on the bank of the Thames. In a neat piece of theatre, Gilmour – accompanied by his wife, Polly Samson – appeared as if by magic in the impeccably kept grounds of Astoria; how did they do it? In truth, there’s a private tunnel designed by Capability Brown that runs underneath the road to emerge into the garden. A welcoming handshake and we were off.

Ostensibly, I was there to discuss Rattle That Lock – Gilmour’s first studio album in nine years. But during our time together, the conversation broadened out to explore Gilmour’s remarkable career, both as a solo artist and as a member of Pink Floyd.

Gilmour was a warm, courteous host. I asked his old friend Robert Wyatt for his first impressions of Gilmour, when they met over 40 years ago; it’s a description that still seems remarkably apt. “He had a patrician air that I find very unusual in rock music,” Wyatt told me. “He was dignified, witty. Grown up. I like him, but I’ve always been a little awestruck by him. Not because he’s intimidating, but you feel that he’s listening and watching. His bullshit detector is on ‘alert’ a lot of the time.”

Aside from Robert Wyatt, I also spoke to close friends and collaborators about their experiences with David down the years. I heard some terrific stories, and we also reflected on some amazing music, past and present. Oh, and David even dropped a major revelation about his future plans…

You can read our world exclusive interview with David Gilmour in the new issue of Uncut; which goes on sale in UK shops today. You can also buy it digitally by clicking here.

In related news, I should mention that by clicking here you can David Gilmour, Nick Mason and famous fans pick Pink Floyd‘s 30 greatest tracks.

As you’d expect, there’s plenty more elsewhere in our issue. John travelled to California to witness the one of the Grateful Dead‘s recent Fare Thee Well shows and get the inside scoop on these very special concerts. We’ve worked closely with our good friends at Rhino on this month’s free Grateful Dead CD: Ramble On Rose. It’s our humble attempt to construct the Dead album that never was, a putative sequel to Workingman’s Dead and American Beauty. Judging by some early reactions on social media from subscribers, it seems to have been received even better than we anticipated: so thanks to those who’ve Tweeted and Facebooked us about it. We are, understandably, very proud of it.

But wait… there’s even more! Peter Watts uncovered tales involving black magic, police raids, pig’s heads and the Great Pyramid in the company of Killing Joke. Jason Anderson spoke to many of the performers and organisers involved with the Newport Folk Festival during it’s transitional years in the mid-Sixties, and came back with fascinating look at the birth of the folk roots revolution. Spoilers: contains some Bob Dylan. And Andy Gill travelled to Chicago for an Independence Day barbeque in the company of Ryley Walker, one of our favourite upcoming artists. 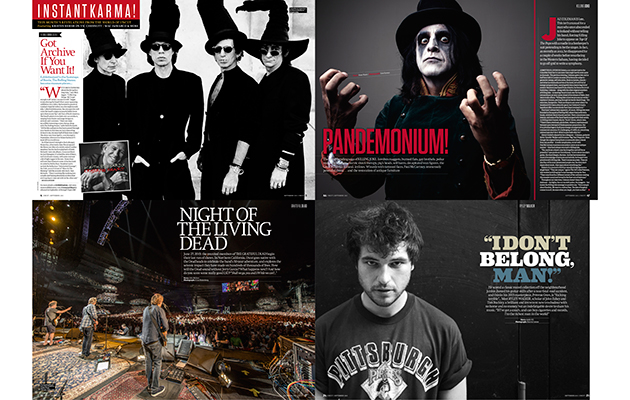 Meanwhile, Julien Temple answers your questions on The Clash, Wilko Johnson, the Sex Pistols and more in An Audience With… (there is a very funny story involving Peter Cook, Mick Jagger and a lift), the Isley Brothers‘ “Harvest For The World” features in our Making Of… slot, and the legendary Tropicália musician Caetano Veloso talks us through his best releases in Album By Album. Jason Williamson from Sleaford Mods reveals the records that shaped him in My Life In Music.

In a bulging reviews section, there’s new albums from Titus Andronicus, Beach House, Drinks and Iris DeMent and we look at major reissues from Rory Gallagher’s Taste, Led Zeppelin, Pere Ubu, Pavement, The Who, Black Sabbath and the Cocteau Twins. Live, we review AC/DC and Fleetwood Mac, there’s Janis Joplin and Orson Welles in DVD and in books, Allan catches up with a biography of Neil Young‘s formative years. In film, I review Noah Baumbach‘s new film, Mistress America, the Vic Godard documentary, and a brilliant Jordianian film Theeb, among others.

As if that wasn’t enough, in the front section, we take a peek at the Rolling Stones‘ forthcoming EXHIBITIONISM and report on a hush-hush playback of Keith Richards‘ new album. There’s Kristin Hersh on Vic Chesnutt, the original Charlatans, an I’m New Here on Mac DeMarco, jazz tyro Thundercat and the latest on the Uncut stage at this year’s End Of The Road festival.

I think that’s it. Apart from to say, do please let us know what you think of our new issue and the free CD. But beyond that, we’d love to hear your thoughts on recent albums you’ve bought, gigs you’ve seen, favourite artists that are perhaps overdue reappraisal, or what on earth is going on in True Detective at the moment.

You can write to us at uncut_feedback@timeinc.com.