The new issue of Uncut is in shops today

The Rolling Stones opened their Zip Code tour of North America on Sunday, May 24 at San Diego’s Petco Park.

The band were joined by Darryl Jones on bass, Chuck Leavell on keyboards, Lisa Fischer and Bernard Fowler on backing vocals, and – replacing Bobby Keys who died last year – Tim Ries and Karl Denson on saxophone.

The set featured four songs taken from Sticky Fingers – “Brown Sugar”, “Bitch” (featuring Gary Clark Jr), “Can’t You Hear Me Knocking” and “Moonlight Mile“. The band had previously played the album in its entirety during a club show in Los Angeles last week [May 20, 2015].

Scroll down to read the set list in full.

The next date of the Stones’ Zip Code tour is May 30 at Ohio Stadium, Columbus, Ohio. You can find more details about tickets by clicking here.

Meanwhile, the Rolling Stones are on the cover of the new Uncut – which is on sale today, May 26.

Inside the issue, Mick Jagger chats in detail about his memories of recording Sticky Fingers and we also speak to the album’s engineer Chris Kimsey about working with the Stones on this classic album, while photographer Peter Webb recalls the Sticky Fingers photo shoot and former Stones’ PR Keith Altham gives us an eyewitness account of the Stones’ 1971 UK tour. 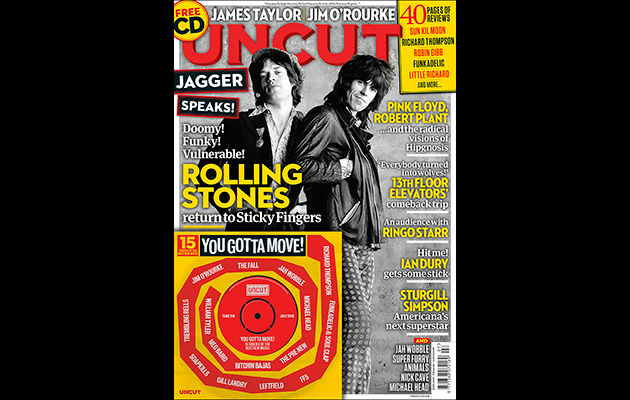