From his new 1979 live album with percussionist Ray Cooper 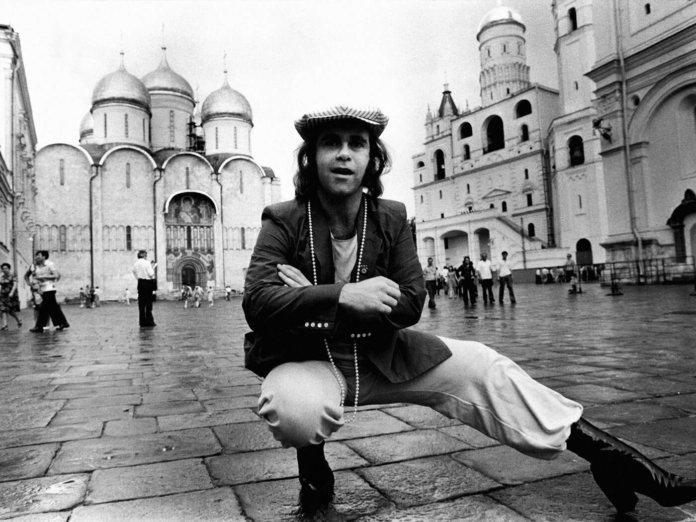 On January 24, Elton John will release Live In Moscow, 1979 – the recording of a historic concert performed at Rossiya Hall, Moscow, in 1979 with percussionist Ray Cooper and originally broadcast by BBC Radio 1.

Watch a video of “Saturday Night’s Alright (For Fighting)” from that very same show:

Speaking about the concert, Elton John said: “I can honestly say it has been one of the best experiences of my life. It was one of the most memorable and happy tours I have been on. The last show was probably one of the best concerts I’ve ever given in my life. Working with Ray, with just the two of us on stage, was both exhilarating and challenging.”

Live In Moscow, 1979 – which now appears on 2xLP, 2xCD and digital formats – was originally released as limited pressing for Record Store Day 2019. Check out the LP tracklisting below:

Side 1
Daniel
Skyline Pigeon
Take Me To The Pilot
Rocket Man (I Think It’s Going To Be A Long, Long Time)

Side 4
Sorry Seems To Be The Hardest Word
Crazy Water
Saturday Night’s Alright (For Fighting) / Pinball Wizard
Crocodile Rock / Get Back / Back In The U.S.S.R