The show was the last ever gig to take place at London's Earls Court Arena... 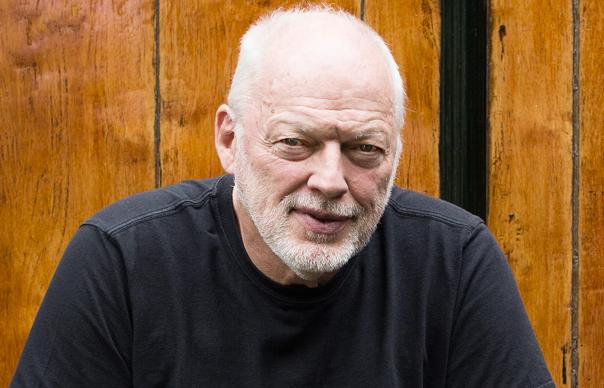 Gilmour took part in the last ever gig to take place at London’s Earls Court Arena before it is demolished and the site is redeveloped. It saw Gilmour joining Bombay Bicycle Club during their set, first to play lap steel on their own song “Rinse Me Down”, before he picked up an acoustic guitar and sang Pink Floyd’s “Wish You Were Here” from the 1975 album of the same name, much to the delight of the packed-out crowd.

Gilmour was introduced onto the stage by Bombay Bicycle Club guitarist Jamie MacColl. “This man gave me my first guitar and was one of the first people to play this venue and by my count has played here more than 27 times,” he commented. Pink Floyd first played Earls Court Arena in 1973, on their Dark Side Of The Moon tour.

The band were joined by other guest vocalists throughout the gig, with collaborator Lucy Rose appearing for “Lights Out, Words Gone” and Rae Morris for “Luna”, while backing singer Liz Lawrence appeared throughout the performance, which also saw a brass section playing on a number of songs.

The show began with the airing of a spoof documentary, supposedly set 25 years in the future and looking back on the band’s Earls Court gig. The short film featured Elbow frontman Guy Garvey<.strong> as the band’s ‘fan club president’.

The spectacular performance included pyrotechnics and a flashy light show, taking in tracks from across the band’s four albums, including 2014’s “So Long, See You Tomorrow”. Before the final song, “Carry Me”, MacColl asked fans to pay tribute to the iconic venue, saying: “As you may know this is the last gig at this venue, so for the next four minutes let’s try and give it a fitting farewell, okay?”

Peace supported, playing a number of tracks from their soon to be released second album, ‘Happy People’, including ‘Lost On Me’, ‘Money’, ‘World Pleasure’ and ‘Gen Strange’. The band also performed a cover of Led Zeppelin’s ‘Since I’ve Been Loving You’. “This morning I woke up at 7am and watched Led Zeppelin playing here in 1975,” said frontman Harry Koisser. “It looked great, so we decided to cover them, which I know you’re not supposed to do…”. At the end of the set he again paid tribute to Earls Court, commenting: “What a fantastic venue. It’s a shame.”