The Light Princess was due to open in April 2012 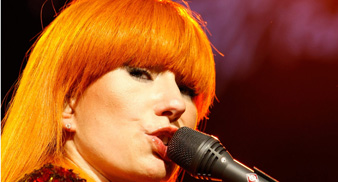 The musical written by Tori Amos that was set to debut at London‘s National Theatre next year has been ‘postponed indefintely’.

The singer was working on a theatre adaptation of The Light Princess, an 1864 fairy tale by George MacDonald, which was due to open at the London Southbank venue’s Lyttelton auditorium in April 2012.

However, the show has now been put on ice over ‘fears it would not be ready in time’, reports the Guardian. A spokeswoman for the National Theatre said: “Development is continuing on The Light Princess and we’ll announce a new date for the production in due course.”

She plays a handful of UK shows this November.