Tom Petty: “He was committed to being great” 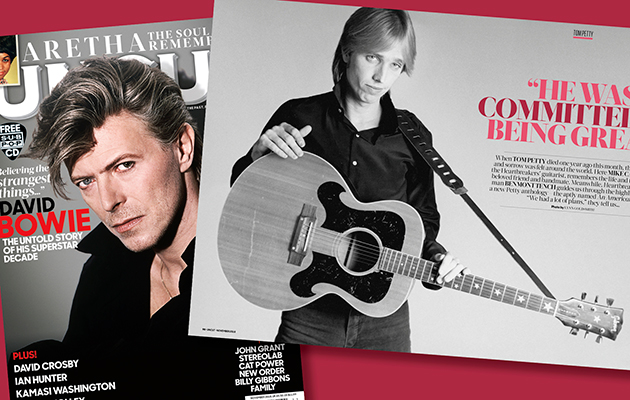 One year on from his sudden and tragic death at the age of 66, Tom Petty is the subject of a memorial feature in the new issue of Uncut, on sale tomorrow (September 20).

In it, Petty’s Heartbreakers bandmates and lifelong friends Mike Campbell and Benmont Tench pay tribute to their former bandleader and guide us through the highlights from the new Tom Petty anthology An American Treasure.

“Tom was a great leader in every sense of the word,” says Mike Campbell. “He was definitely in control; we were following his lead every step of the way. Fortunately, he was almost always right! Every band needs somebody like that, with that drive, yet it was also a democracy in lots of ways. He would bring in a new song and  be very free: ‘Just play what you feel.’ … We believed in him, and he believed in us, too. He believed we could get him there.”

“He was committed to being great. We’d work on stuff sometimes that sounded pretty good, and he’d say, ‘Let’s throw that one out, I can do better.’ He saw through bullshit instantly; he knew what was good and what wasn’t. He knew what was phoney and he knew what was real. He had that in spades. I’d look at him sometimes and think, ‘This guy is on his game. He knows who he is, and he knows how to get it across.’ He was a great songwriter, good rhythm-guitar player, great bass player. Great record maker. He was all those things. Perhaps his defining characteristic as a player was his confidence. Plus, he was really fucking smart.”

Reflecting on Tom Petty the man, Benmont Tench says: “He was a very, very funny guy. He didn’t let that out much, every now and then you’d see some whimsy in a video or a lyric, but he could be an absolute riot… He got real quiet when he was mad. That was some force, too!”

Adds Campbell, “I’m still grieving, I’ll probably be grieving for a long time, but I feel blessed that we had our time, and we wrote a lot of great songs which I think are going to hold up long after I’m gone. Everything is in the songs. The guy who wrote those songs, that’s who Tom is, that’s what he was like. He had a deep love of humanity. He had a deep belief in hope and the power of rock’n’roll, and he was compassionate towards people in pain… I’m very grateful and proud of what we did together.”

Read much more about Tom Petty in the new issue of Uncut, in shops now or available online now by following this link.