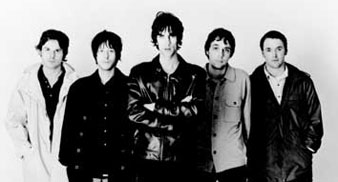 The Verve have regrouped nearly ten years after they announced their split, and went back into the studio last week to start work on new material.

In a statement online at www.theververeturn.com, the band have announced they are “Getting back together for the joy of the music.”

Forming in Wigan in 1990, The Verve released several critically acclaimed albums including ‘A Storm In Heaven’, ‘A Northern Soul’ and ‘Urban Hyms.’

The band broke up in 1999, reputedly due to a breakdown in Ashcroft and McCabe’s relationship which had been rocky throughout the early 90s.

Ashcroft has since had a successful solo career, releasing three albums, all of which have charted in the UK albums chart in the top three.

The reunited Verve will play the following dates; tickets go onsale on July 6.