Reports out today (May 31) suggest that BBC will only be able to broadcast the first four songs of The Rolling Stones' headline slot at Glastonbury. 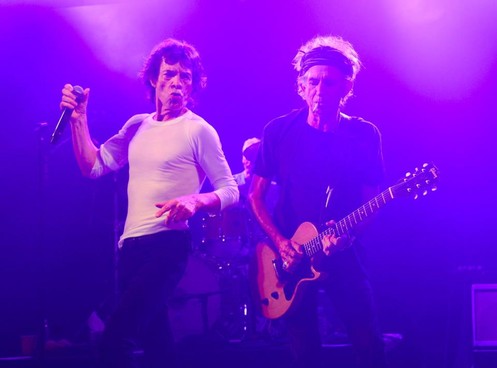 Reports out today (May 31) suggest that BBC will only be able to broadcast the first four songs of The Rolling Stones‘ headline slot at Glastonbury.

The broadcaster, who this week committed to showing over 250 hours of Glastonbury footage over the weekend of June 26-28, is now in discussions with the band in an attempt to gain access to as much of their performance as possible. The Independent reports that as it stands, only the opening section of the gig will be broadcast live on the Saturday night with a source telling the paper: “Mick agreed to do Glastonbury for the fans who are there, he didn’t sign up for a TV show. It’s not about money. This show will go around the world.”

The source adds: “If there’s torrential rain it will play havoc with their performance and they want to sound and look at their best. There’s a lot of factors out of their control.”

BBC’s head of music television Mark Cooper admits there is a debate between broadcaster and band, saying: “We are having an ongoing discussion with the Stones. I’m talking to Mick about it. At this point I’m quite optimistic we’ll get a sufficient amount of music.”

Cooper added: “I understand it is a risk for them. They are stepping out of their comfort zone. There’s an unpredictability, it’s not their natural audience. They are nervous about how much they should share. But when legendary artists play Glastonbury, they also attract a whole new, broader audience.”

The BBC coverage is set to be its most extensive ever at Glastonbury this year with more than 120 live performances set to be broadcast and six stages – Pyramid, Other, John Peel, Jazz World, Park and BBC Introducing – streamed live from the site across digital and online platforms.