The Fiery Furnaces ask fans to choose their next album

The indie oddballs have eight different options for you 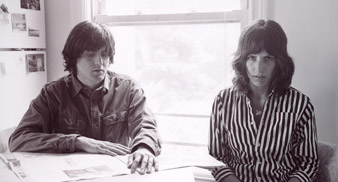 The Fiery Furnaces have asked fans to choose the title and concept of their next album from eight possibilities.

The band, who are notoriously prolific, have released a string of complex concept albums including “Blueberry Boat”, “Rehearsing My Choir” and last year’s “Widow City”.

In keeping with the current US election caucuses, the eight ideas on the band’s website are split into red and blue candidates.

Among the options are “Kythphiaxkis Traans-Oinomaos”, an album about the relationships between two hermaphrodites set to Abba and Bee Gees-style tunes, “Archer Ave. Cupid’s Corner”, an album about autumn in Chicago set to early 80’s Fall-esque tunes, and “Catamite Corner”, which will consist of songs “like ‘Kashmir’, but faster, with real strings”.

At the end of the post, the band state: “Now, there might be a Rich Independent Candidate Album waiting in the wings. But in the meantime, Voice of the People-ize!”

It is not yet confirmed whether the ‘voice of the people’ is binding on The Fiery Furnaces’ choice for their new direction.