The Coral And The Dead 60s To Play For Kids 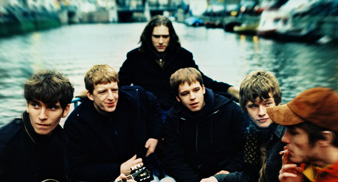 The Coral and The Dead 60s are to headline a special charity gig at Liverpool Carling Academy on December 16.

The Deltasonic Records label are hosting the show to raise money for Alder Hey Children’s Hospital and have gathered together some of the best acts from Liverpool’s music scene.

The night will also include sets from The Little Flames, Candie Payne, The Basement, The Suzukis and Deltasonic’s newest signings The Tigerpicks.

All ticket proceeds and the artists fees, estimated to come to £25,000, will be donated to Alder Hey Children’s Hospital.

This is the first time Deltasonic Records have gathered so many of their bands together to play on the same bill.

It will also be The Coral’s only official show of the year.

Tickets are priced at £20 and are available from tomorrow (November 17) at 9am.
Tickets can be purchased from the Carling Academy’s box office on Hotham Street, Liverpool (no booking fee applies) as well as usual ticket outlets.