Springsteen Hyde Park Gig Sells Out In Less Than An Hour 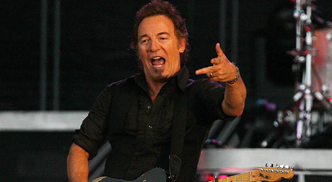 Tickets for Bruce Springsteen’s headlining show at Hyde Park this summer have sold out in under an hour.

Performing with The E Street Band, the June 28 show will be The Boss’ first festival appearance outside the US. Support comes from Dave Matthew’s Band and up and coming New Jersey boys The Gaslight Anthem.

“Obviously it’s been a dream of mine to play with Bruce and the E Street Band,” said The Gaslight Anthem’s Brian Fallon. “It’s truly an honour, and on top of that for it to be in London, one of my favourite cities anywhere, it’s a dream. Plus, it’s two Jersey shore locals playing some rock and roll.”

Past Hard Rock Callings have seen Eric Clapton, The Who, Aerosmith, Roger Waters and most recently The Police play the capital.