Simon And Garfunkel Reunite For Tour 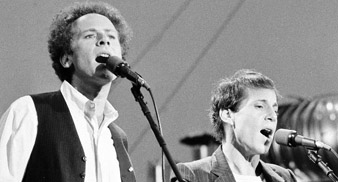 Simon and Garfunkel are to reunite for a string of tour dates.

Speaking after his surprise appearance on stage with Paul Simon last week (February 13), Art Garfunkel said the pair planned to work together again, although he added there were no plans as yet to play the UK.

“Our plan to work together is coming together but it doesn’t go through England this time.”

Simon and Garfunkel have fallen out a number of times since the 1960’s. The duo split in 1970 before briefly reuniting in 1981, they did not play together again until a series of concerts in 1993. A performance at the 2003 Grammys and a world tour in 2004 marked their first collaboration in over a decade.