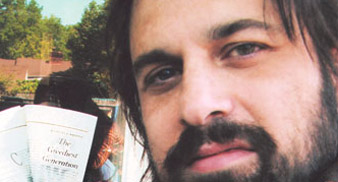 Silver Jews, the US indie band fronted by David Berman have confirmed several UK dates for this Spring.

Following on from the previous announcement that the band are to appear at the Explosions In The Sky – curated All Tomorrow’s Parties Festival in May, the band will now play a full European tour.

The new album features Berman’s touring band as well as his wife Cassie.

The ten track album will feature the following tracklisting:

What Is Not But Could Be If
Aloysius, Bluegrass Drummer
Suffering Jukebox
My Pillow Is The Threshold
Strange Victory, Strange Defeat
Open Field
San Francisco B.C.
Candy Jail
Party Barge
We Could Be Looking For The Same Thing

The full European dates are as follows: