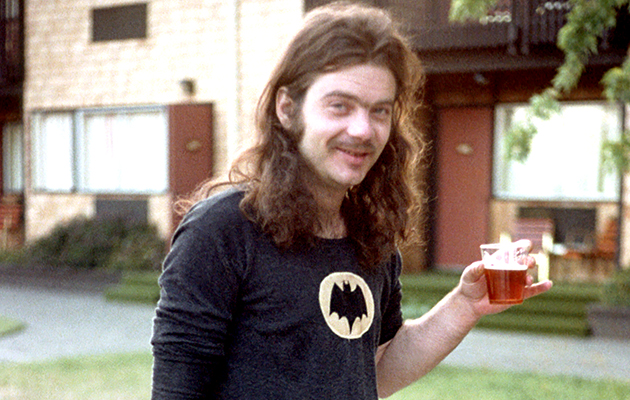 Variety reports that the 13th Floor Elevators’ bandleader died on Friday, May 31, in Austin.

Erickson’s death was confirmed by his brother Mikel to Bill Bentley, the Texan-born journalist and former publicist who produced the all-star 1990 Erickson tribute album, Where The Pyramid Meets The Eye.

Born Roger Kynard Erickson in Austin, Roky formed his first band, the Spades, after dropping out of high school in 1965. Later in the same year, he formed the 13th Floor Elevators along with electric jug player Tommy Hall and guitarist Stacy Sutherland.

Taken from their 1966 debut album The Psychedelic Sounds Of The 13th Floor Elevators, the band’s single “You’re Gonna Miss Me” became a regional hit.

“It is a really great pop song,” Lenny Kaye, who included the song on his legendary garage rock compilation, Nuggets, told Uncut. “That song was the centerpiece of Nuggets. It’s got great hooky chords to start and it’s got that weird middle break with that kind of echo sound from Tommy Hall’s electric jug. I don’t think it has ever been used before or since. And those screams. They may be the best white screams. They’re on a par with Screaming Jay Hawkins.”

After the Elevators broke up, Erickson played in a series of other bands throughout the ’70s. After a fallow Eighties, Roky enjoyed renewed attention in 1990, with the release of Where The Pyramid Meets The Eye, which featured covers by R.E.M., Primal Scream, Julian Cope and The Jesus And Mary Chain.

In 1995, Roky released All That May Do My Rhyme, and he published Openers II, a collection of his lyrics. A 2005 documentary You’re Gonna Miss Me shone a spotlight on his personal struggles.

In his later years, he toured regularly, backed by such acts as the Black Angels, and collaborated with Mogwai on their 2008 track, “Devil Rides”.

In 2010, he released the album True Love Cast Out All Evil, which featured Okkervil River as his backing band.

Erickson finally reunited with the 13th Floor Elevators in 2015 and headlined Levitation, the Austin psych-rock festival that had been named after one of their songs.