Led Zeppelin frontman in bid to raise £25k for charity 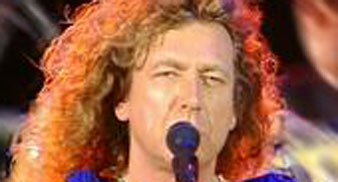 Robert Plant is staging a benefit gig at his local town hall, in, of all places, Kidderminster!

Jennings needs treatment for a recurring brain tumour. The kind-hearted Plant heard that she’d already raised £75,000, and so offered to stage the gig as the quickest way to raise the remainder, since time is of the essence.

Plant is to be backed by a group of musicians who are billed as “The Return Of The Honeydrippers”.

1984’s Return Of The Honeydrippers: Volume One was a Plant solo album. It featured cameos from Jimmy Page and Jeff Beck, among others. However, it is not known who the latterday version of The Honeydrippers will be.

Plant and Co are booked to play the Kidderminster Town Hall, Worcestershire, on December 23rd.