'It', 'Freaks' and 'Separations' will all be released with bonus material 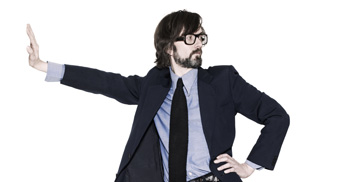 The re-releases were supposed to come out in August on the Fire label, but a delay means that all three albums will now be released in February 2012.

The albums will be accompanied with new liner notes from rock critic Everett True and have been remastered, as well as coming with new artwork and added bonus tracks.

The ‘It’ reissue will feature four bonus tracks, including the single version of ‘My Lighthouse’, an alternative mix of ‘Blue Girls’, the previously unreleased ‘Sink Or Swim’ and ‘Please Don’t Worry’ from the band’s 1981 John Peel Session.

‘Freaks’ will come with a bonus disc made up of the non-album singles ‘Little Girl (With Blue Eyes)’ and ‘Dogs are Everywhere’ as well as b-sides ‘Tunnel’ and ‘Manon’, while the ‘Separations’ bonus material includes ‘Death Goes To The Disco’, ‘Is This House’, an extended version of ‘Countdown’ and ‘Death Comes To Town’.

Pulp‘s frontman Jarvis Cocker recently blamed the tabloids for contributing to Amy Winehouse‘s death. He claimed the constant media attention the late singer received on a daily basis forced her to turn to drink and drugs and he went through a similar situation during the height of his fame during the Britpop era.