The Who to play Wembley Stadium on July 6

With support from Eddie Vedder and Kaiser Chiefs 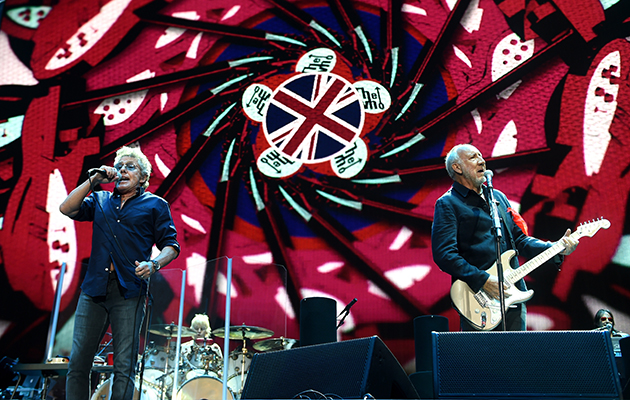 After revealing that they will release a new studio album this year, The Who will bring their orchestral tour to Wembley Stadium on July 6.

Support comes from Pearl Jam’s Eddie Vedder and Kaiser Chiefs, with more acts to be announced.

Pete Townshend says: “The Who are touring again in 2019. Roger christened this tour Moving On! I love it. It is what both of us want to do. Move on, with new music, classic Who music, all performed in new and exciting ways. Taking risks, nothing to lose. Looking forward to seeing you all. Are you ready?”

For early access to tickets, you can pre-order an exclusive limited signed edition of the band’s soon to be announced new studio album here. Pre-sale starts from Wednesday (January 30) at 10am. Tickets go on general sale on Friday (February 01) at 10am from here.