Please excuse the wholly shameless plug, but I thought you might like to know that the next in our series of Ultimate Music Guides goes on sale tomorrow (September 6) and this one is dedicated to Paul Weller. 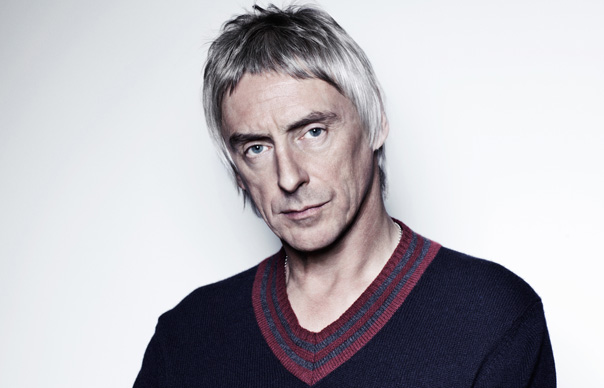 Please excuse the wholly shameless plug, but I thought you might like to know that the next in our series of Ultimate Music Guides goes on sale tomorrow (September 6) and this one is dedicated to Paul Weller.

In the by now time-honoured tradition of the Ultimate Music Guides, we take a new look at everything Weller’s recorded, from The Jam through The Style Council and his solo albums. There’s also a ton of legendary interviews, going back to The Jam’s first major NME feature in May 1977 and including the classic encounter between the young upstart Weller and a somewhat gnarly Pete Townshend, arranged by Melody Maker, in which the two mod icons squared up to each other nervously, a surprising gulf emerging between Weller and one of his musical heroes.

We also trawl through all the live albums and compilations, singles, collaborations, rarities and more and there’s a host of rare pictures, plus an exclusive introduction by Weller. “I don’t mind looking back now,” he observes, sounding more at ease with his past than he’s ever been, “because I’m still making new music that excites me, and that people want to hear.”

Paul Weller – the Ultimate Music Guide will be on sale from all the usual outlets and also available to order online at uncut.co.uk/store or to download digitally at uncut.co.uk/download.

At Uncut HQ, meanwhile, we’re busy finishing off the next issue to a soundtrack mostly of Psychedleic Pill, the new Neil Young and Crazy Horse album, as mentioned here last week, which is even more epic than anticipated, so much music on it that it will be released as a double CD and triple vinyl LP. John has already written about two of the album’s extended jams, “Walk Like A Giant” and “Ramada Inn”, but we’ve also been totally enthralled by the 27 minutes of “Drifting Back”. For a full review, don’t miss next month’s issue.

In the lulls between blasts of Neil and Crazy Horse doing what they do so spectacularly, I’ve also been playing fine new albums by Dan Deacon, Allah-La’s, Grizzly Bear, Dan Stuart and Mark Eitzel’s Don’t Be a Stranger. Eitzel, by the way, headlines the Uncut Sessions at the fourth SXSC festival this coming Sunday (September 9) at The Railway in Winchester, topping a strong bill that also includes former Green on red front-man Dan Stuart and Hurray For The Riff Raff. For the full line-up and ticket details, go to www.railwaylive.co.uk.