The singer will perform at the prize-giving gala 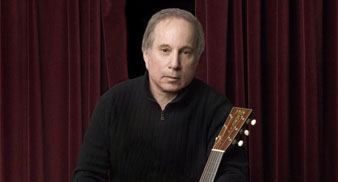 US singer-songwriter Paul Simon has been chosen as the first recipient of the Gershwin prize, a US Library Of Congress honour.

The inaugural prize, named after celebrated musicians George and Ira Gershwin, is in recognition of Simon’s lifetime contribution to music.

A spokesman for the Library Of Congress says: “This newly created award recognizes the profound and positive effect of popular music on the world’s culture. The prize will be given annually to a composer or performer whose lifetime contributions exemplify the standard of excellence associated with the Gershwins.”

An elated Simon responded by saying: “I am grateful to be the recipient of the Gershwin Prize and doubly honored to be the first. I look forward to spending an evening in the company of artists I admire at the award ceremony in May. I can think of a few who have expressed my words and music far better than I. I’m excited at the prospect of that happening again. It’s a songwriter’s dream come true.”

Simon has won many accolades previously including twelve Grammy Awards; including three for album of the year. He is also a two-time inductee of the Rock’n’Roll hall of Fame- once as half of the Simon and Garfunkel duo and again in 2001 as a soloist.

The Library prize-giving ceremony and a gala all-star concert to celebrate Simon’s achievements is to be held at Washington DC’s Warner Theater on May 23. A full line-up will be announced soon.

Tickets for the concert will be made available from March 23, in person at the Warner Theatre Box Office or from usual concert ticket outlets.