The punk poet gets her first major exhibition 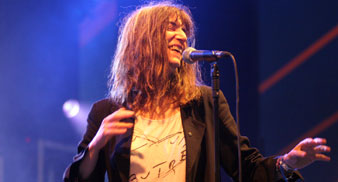 Patti Smith is to exhibit a selection of her artwork, including drawings and photography, at a prestigious Parisian gallery.

Some 25 drawings also feature in the exhibition at Fondation Cartier, alongside found objects, including a stone from the River Ouse in Sussex where novelist Virginia Woolf committed suicide.

Smith has also recorded explanations of her artwork to be played in the gallery.

Herve Chandes, the director of Fondation Cartier, said: “Everything Patti does is very emotional, but this is particularly personal to her. It is an immensely romantic, lyrical show which I think will reveal a side to her that not many people have seen before.”