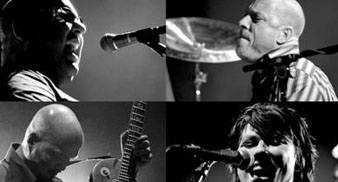 A new film documenting Black Francis’ return to alt.rock gods Pixies is soon to be released on DVD.

“loudQUIETloud: A Film About The Pixies” documents The Pixies on their triumphant return in 2004 after 12 years disbanded.

Following the band from their first rehearsal after reunitng, over the course of 12 months, the usually press-shy Pixies gave unprecedented access to New York film-makers Steven Cantor & Matthew Galkin.

The film captures the band on tour, and live performances feature some of the Pixies’ greatest songs, including “Where Is My Mind,” “Gouge Away,” and “Hey.”

“loudQUIETloud: A Film About The Pixies” is released on DVD on November 6.

To see a trailer from the film click here