It's a collaboration with German band Tortuga Bar 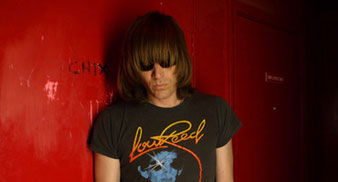 Lemonheads frontman Evan Dando has collaboarted with a German band, Tortuga Bar, and the track “Storm” is available to hear online now.

The track, recorded in October this year, whilst the Lemonheads were on tour, will be the opening track on Tortuga Bar’s forthcoming album ‘Narcotic Junkfood Revolution’ which is set for release next Spring.

The track kicks off the forthcoming Narcotic Junkfood
Revolution LP, which is due for release early 2009 on
Dortmund’s VierSieben Records.

Listen to “Storm” and get more information at the band’s
MySpace page here.