They're believed to feature on the upcoming NY & Crazy Horse album, Pink Moon 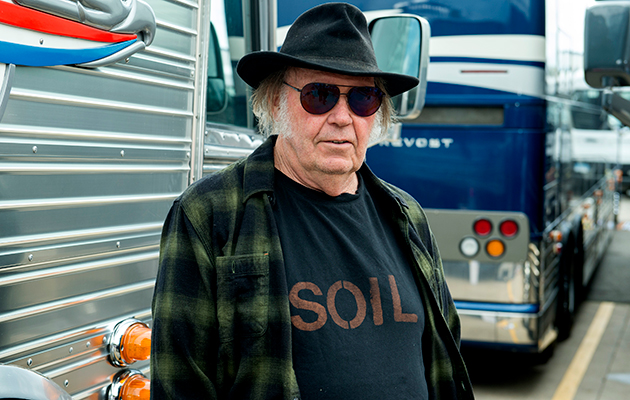 Neil Young is currently on tour in the US, where he played a short run of solo shows before linking up with regular backing band Promise Of The Real in Seattle last night (May 20).

During these shows, he’s been road-testing a handful of new songs believed to feature on the upcoming Neil Young & Crazy Horse album – which according to a post last week on his Times-Contrarian blog will be called Pink Moon.

As listed on Neil Young set list archive Sugar Mountain, mooted titles for these new songs include “Think Of Me”, “Why Do I Believe In You?”, “Right By Her Side”, “She Showed Me Love” and “Rainbow Of Colors”. The latter three received their full band debuts in Seattle last night.

The shows have also found Young dusting off some deep cuts; in Spokane, Washington on May 18, he played a solo version of Everybody Knows This Is Nowhere’s “The Losing End” for the first time since 1983.

Neil Young & Promise Of The Real play a couple more American dates, including Bottlerock and Tinderbox festivals, before kicking off their European tour in Dresden on July 2.