There are duels, bar brawls and wenches galore 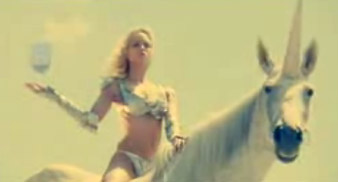 There is also a love and betrayal and death by gallows storyline, with the love interest galloping scantily clad through the Californian desert on a unicorn.

The mini-movie filmed in California, Romania and the UK pays homage to Star Wars, Barbarella and Evil Knievel – all at the same time.

Muse are currently on tour in the UK, they play in Birmingham tonight, and at the following venues:

Support on all dates comes from female fronted indie prog group, The Noisettes.

“Knights of Cydonia” is released on November 27, on Warner Records.