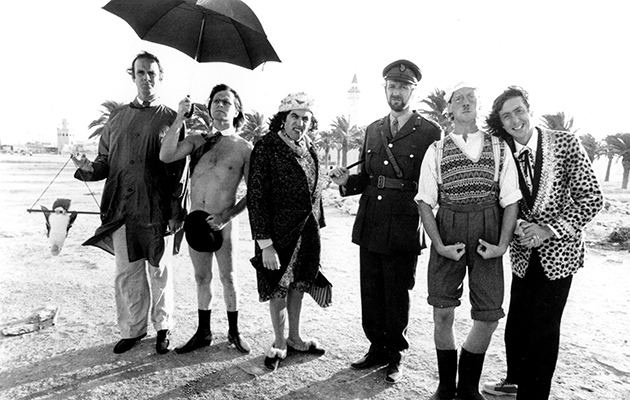 The 50th anniversary of Monty Python’s Flying Circus – which first on aired on BBC One on October 5, 1969 – is being celebrated with a glut of Pythons-related activity.

Kicking off the anniversary celebrations, from 1 September, the BFI Southbank will curate a month-long season celebrating Monty Python, featuring all the Monty Python feature films, oddities and curios from the depths of the BFI National Archive, back-to-back screenings of the entire series of Monty Python’s Flying Circus, plus a free Pythons exhibition.

Monty Python Sings (Again) will be released for the first time on double vinyl, with the addition of the “Stephen Hawking Sings Monty Python… Galaxy Song” track and new packaging artwork overseen by Terry Gilliam. Meanwhile all four series of Monty Python’s Flying Circus, along with unseen and excised footage, sketches and much more, will be remastered for DVD and Blu-Ray in an exclusive 50th anniversary limited-edition box set.

Other activity includes books, TV specials, a Monty Python IPA and a world record attempt for the “Largest Gathering of People Dressed as Gumbys”.

Commenting on their enduring legacy, the group said: “Python has survived because we live in an increasingly Pythonesque world. Extreme silliness seems more relevant now than it ever was.”