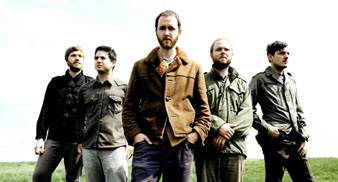 The two new dates are at the Gateshead Sage on July 9 and at the Leeds Irish Centre on July 10.

The five-piece Texan band will also be appearing the Royal Festival Hall as part of a night celebrating their record label Bella Union’s tenth anniversary.
Also appearing at the event will be The Dears and Kissaway Trail.