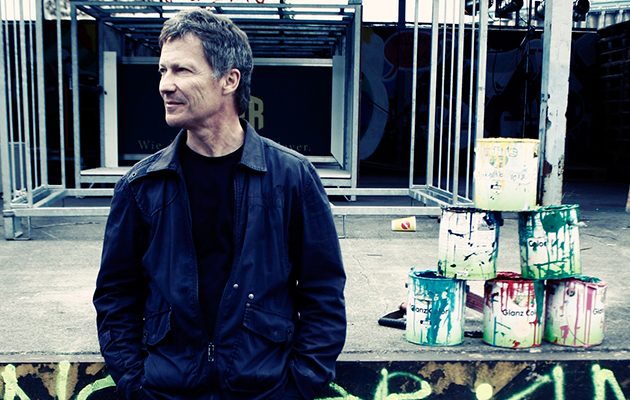 He will play Under The Bridge in London on February 5, 2016.

Rother ́s current live line-up includes Hans Lampe on drums and Franz Bargmann on guitar. Franz Bargmann is an ex-member of the Berlin-based band Camera. Hans Lampe contributed drumming on the album NEU! ́75 and was a member of La Düsseldorf.

The show will feature music from Rother’s solo career as well as cuts from his recordings with NEU! and Harmonia.

You can find more details about the show – including how to buy tickets – by clicking here.

The box set consists of:

And in addition to the four Harmonia albums there will be a fifth vinyl: Documents 1975, featuring previously unreleased recordings from Hamburg gigs and 2 studio tracks from Forst.