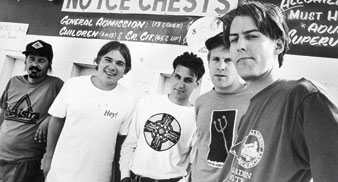 Pavement, Belle & Sebastian, and Sonic Youth are among the artists scheduled to help Matador Records celebrate its 21st anniversary this October.

The event will also see Guided By Voices‘ “classic 93-96 line-up” reunited for the show.

The record label will hold a three-night concert series called The Lost Weekend from October 1-3 at the Las Vegas Palms Hotel & Casino.

Other artists scheduled to perform at the bash include Spoon, Cat Power, The New Pornographers, Girls, Yo La Tengo and Ted Leo & The Pharmacists.

The full line-up has yet to announced, with more artists and ticketing information coming on July 5.