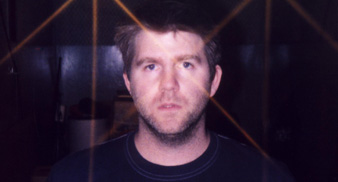 LCD Soundsystem‘s James Murphy has revealed that his new album will be released on May 17.

Murphy recorded the album at his studio The Manshun in Los Angeles, though in an interview with NME Radio, he admitted that he hasn’t had time to think of a title for it yet.

“This record’s horrifying work title is ‘Internet Sensation!’“, Murphy explained, adding that he comes up with a joke title for all of his albums before deciding on a proper one. “I was thinking, ‘What would a guy who’s been out of the music scene for a long time, and has kids [do to promote himself]?’. ‘We gotta be internet sensations, that’s what everyone is now!'”

The album, which is the third LCD full-length studio album, features songs including ‘Dance Yrself Clean’, ‘Drunk Girls’, ‘One Touch’, ‘All I Want’, ‘Change’ and ‘Hit’.

[url=http://www.nme.com/news/lcd-soundsystem/49601]Murphy is set to release his first film soundtrack, Greenberg[/url], on March 22.

Meanwhile, [url=https://www.uncut.co.uk/news/lcd_soundsystem/news/13982]Uncut is asking readers to write in with their questions for Murphy as part of our An Audience With… feature[/url].