Including expanded edition of In The Court Of The Crimson King 50 years ago this week, King Crimson had their first rehearsal in the basement of a cafe on London’s Fulham Palace Road. To mark this occasion – and the release of their Top 5 album In The Court Of The Crimson King later in 1969 – the band have announced a glut of activity, including a 50-date world tour.

The full itinerary is still coming together, but you can view the list of dates announced so far here. It includes three nights at London’s Royal Albert Hall in June.

In February they’ll release King Crimson 1972–74 – the second boxed set of 6LPs, from Larks’ Tongues In Aspic to the expanded USA, on 200 gram vinyl. 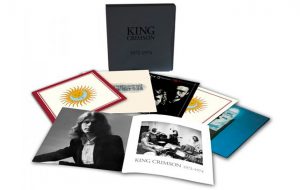 That will be followed in May by Heaven And Earth – a multi-disc CD/DVD-a/Blu-Ray set covering the period from the late 1990s–2008, completing the availability of all King Crimson studio albums in 5.1 multi-channel audio. 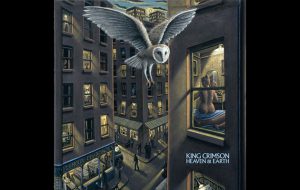 And to coincide with the anniversary of King Crimson’s debut album in October, there’ll be a limited edition expanded boxed set of In The Court Of The Crimson King including all the live recordings, the expanded multitrack 1969 recording sessions, as well as a new 5.1 remix of the album and a coffee table book. 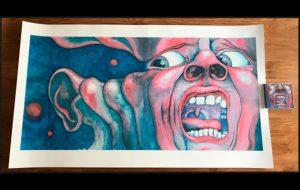 Starting this week, King Crimson will also be digitally releasing 50 rare or unusual tracks from the archives, along with commentary from King Crimson manager and producer David Singleton. Download the first track, a radio edit of “21st Century Schizoid Man”, here.

Finally, a documentary on the band called Cosmic F*Kc, directed by Toby Amies, will be released late in 2019 along with accompanying soundtrack. For full details of all these releases – and more! – visit King Crimson’s official site.