Joni Mitchell on Bob Dylan: “I am much more original musically”

Singer also claims music is "pretty much" over for her... 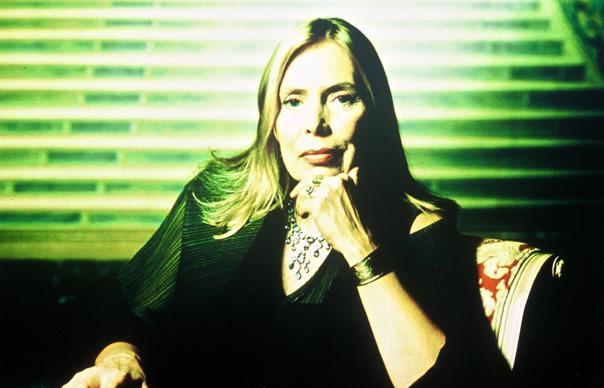 Singer also claims music is “pretty much” over for her…

Joni Mitchell has stated that she believes she is far more creative than her fellow musician, Bob Dylan.

Mitchell, who releases a new 4 disc box set compilation Love Has Many Faces today [November 24], also admitted “Music is over for me, pretty much. I can’t sing: I don’t want to. I want to paint, and I want to write. I can’t tour, I can’t travel, I’m sick; I can fly two flights a year. I’m old. You have to know when to give up.”

She also spoke openly about her impressions of being a woman operating in a male dominated industry.

“I’m a woman in a man’s world. There are hardly any women in my business. There are oppressive men and exploitative men. Georgia O’Keeffe used to talk about them — men this and men that — too. The men said, ‘You can’t paint New York City’ — she did some fantastic paintings of New York City. It’s all male-dominant, and you’re always with them. I’m on the road with 21 guys, and I love men’s company, don’t get me wrong. Even when they’re stupid little boys, I still like them. I mean, love the sinner, hate the sin.”

She also expressed her views on being considered part of the hippie generation: “The hippie values were not mine, they were naive, they had no place, they were childish; the politics were stupid. When they became a large minority, the straights noticed, grew their hair long and took over.”