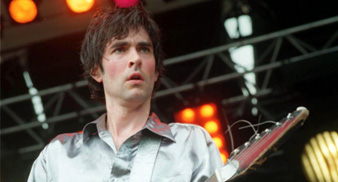 The band, since 1992, have released certain tracks as part of their In The Red 7″ single club – paying homage to rockabilly legend Charlie Feathers in the ’70s.

The band featuring former Pussy Galore frontman Jon Spencer, drummer Russell Simins and guitarist Judah Bauer had a cult following, signed to Matador records, in the mid-90s – they had an influential mix of hardcore, garage, punk and hip hop mixed into their tracks.

The five long out-of-print singles from the 7″ club plus eight rarities from the Blues Explosion will be released as ‘Jukebox Explosion’ on October 29 on CD and 12″ LP.