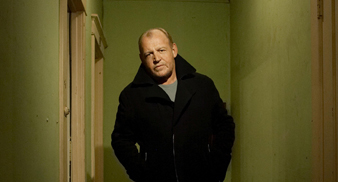 Singer Joe Cocker is to receive an OBE in the Queen’s 2007 Birthday Honours List for services to music on December 13.

Celebrating the award, Cocker will be playing two special concerts this month, including his first show in his hometown in thirteen years.

The concert takes place at Sheffield arena on December, the same day that Cocker will also be inducted into Sheffield’s Hall Of Fame.

The singer who is one of the few artists to have appeared at both the original Woodstock festival and it’s sequel in 1994, explained his joy at recieving the Queen’s honour:

“I must confess I almost shed a tear upon hearing I was to be awarded an OBE for my contribution to music. Growing up in the North of post-war England, singing in pubs, such an honour seemed inconceivable. My elder brother Vic received a CBE for services to the water industry a few years back in 2000, and I’m told that having two medals in one family is quite a rarity”.

Cocker recently achieved his highest chart position in ten years with the release of his ‘Hymn For My Soul’ album.

2008 will see Joe Cocker embark on a tour, visiting New Zealand, Australia and South Africa, before going to the US.