The first of Led Zeppelin's long-promised remastered reissues will be released this year. 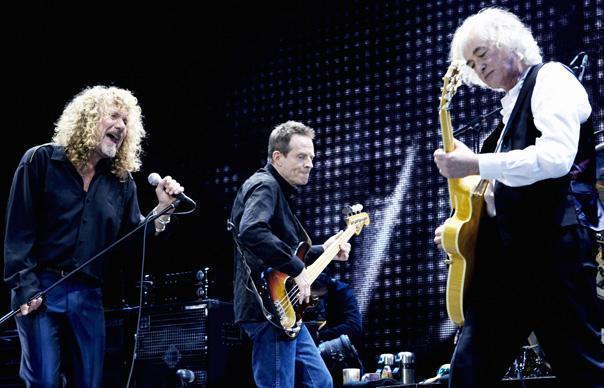 The first of Led Zeppelin’s long-promised remastered reissues will be released this year.

Guitarist Jimmy Page first revealed that he was working on remastering a number of Led Zeppelin albums back in 2012. He has now posted a New Year’s message on his website, via Planet Rock, stating the first reissues will come out later in 2014. He wrote: “It’s good news for the New Year. The first of the Led Zeppelin releases – comprising of Led Zeppelin I, Led Zeppelin II, Led Zeppelin III and their companion discs – will be released this year. I’ve also been working on some of my own material from the archives that will be unleashed in 2014.” It is rumoured that artist Shepard Fairey will be redesigning the original artwork for the new releases, after creating the artwork for the ‘Celebration Day’ live album and film.

Robert Plant recently stated that he had discovered some previously unreleased Led Zeppelin music, some of which features the band’s bassist John Paul Jones on vocals. Speaking on BBC 6Music, the rocker said to Mark Radcliffe and Stuart Maconie that he listened to the material with Jimmy Page and it is likely that the music will feature on the remastered releases of Led Zeppelin’s back catalogue.

He said: “I found some quarter-inch spools recently. I had a meeting with Jimmy and we baked ’em up and listened to ’em. And there’s some very, very interesting bits and pieces that probably will turn up on these things.” Speaking about John Paul Jones’ response to the material which features him on vocals, he joked that Jones is trying to bribe him not to release the songs. “So far, he’s going to give me two cars and a greenhouse not to get ’em on the album,” he said.

Last year Glastonbury organiser Emily Eavis revealed that Led Zeppelin were at the top of her dream list for future headliners for the festival. Speaking to the BBC, Eavis was asked if there was a Post-it note on her fridge with her dream list written on. “Yeah, it’s on a napkin actually. On the fridge, there… We would love to have Adele. And we’d also love to have Led Zeppelin. I mean Zeppelin have got to do it, haven’t they? It would be so good, wouldn’t it,” she said.