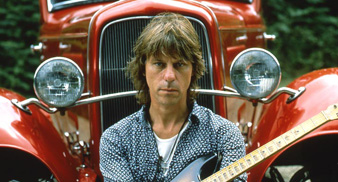 The live footage called ‘Performing This Week… Live At Ronnie Scott’s’ also includes Beck’s version of the Beatles “A Day In The Life” and is released on Eagle Vision on November 10, 2008.


The full lilve track listing is: