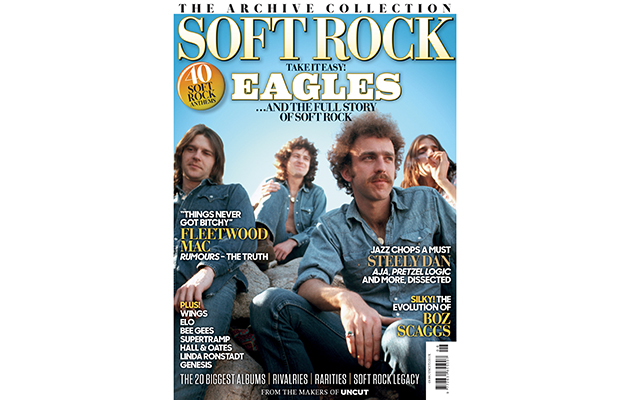 A week ago, shortly after we finished work on this latest special edition, I received confirmation that it had indeed been the right thing to do. For sure, it’s proving to be a great summer for soft, what with Fleetwood Mac in the UK, Katie Puckrik’s yacht rock doc on the BBC, and the Eagles tour rolling peacefully and easily onwards.

Probably the strongest possible indicator of the enduring quality of this music came at a less pricily-ticketed event: the summer concert at my kids’ school. As the evening drew to its close, a couple of dozen kids filed into the hall with instruments. This, unmistakably, was the big finish.

And what a finish. There were a few wrong notes it was true, but there was denying it: the band was playing “Africa” by Toto. Right now the song is playing, solar-powered and for eternity, in the Namib desert. I would contend, though, that a greater endorsement of the song’s enduring softness is its survival of a group performance in a British primary school.

The original version appears in our Top 40 Soft Rock singles list, which you can listen to here. It’s gonna take a lot to drag you away, but while you listen, here’s my introduction to the magazine.

Traditionally, the Schaefer Stadium at Foxboro Massachusetts was home to the NFL team the New England Patriots. On a summer day in the mid-1970s however, it played host to a rather less aggressive intimacies than those offered by American Football. It became the spiritual home of soft rock.

On July 25th 1976, you paid your $9 and were gently blown away. Those sharing memories of the event online report an event almost pre-loaded with nostalgic power. Never mind being young and it being high summer: if you got there in good time, you’d have seen the Eagles, who headlined, arrive by helicopter. Earlier, Fleetwood Mac, their support band on this short tour, played “Over My Head” from their recent eponymous album, as the sun set.

One anonymous poster recalled how his attendance at the concert was a pinnacle of his courtship – the super-smooth Silk Degrees album by opening act Boz Scaggs having provided much of its soundtrack. “Went to this concert on a whim,” the commenter wrote, “after a little ‘afternoon delight’ with my girl (later my wife).”

A good whim on what sounds to have been a pretty good day for all concerned – you might see it as something like a victory lap for a style of music which had been evolving slowly since the late 1960s, and which would reign oblivious to other influential musical activity – say prog or punk – for much of the 1970s and into the 1980s.

If “soft rock” feels like a pejorative name for it, think again. Gentleness, as you’ll read Erin Osmon discuss in her exploration of Fleetwood Mac, was a pivotal, empowering feature of that band’s best-known work. Also, consider some of the alternatives. “AOR” feels a bit more business than pleasure. “Yacht rock” is a pretty hip, Steely Dan-like term of endearment for some of this music, but it’s a bit niche, which isn’t something you could ever say of the Eagles or Linda Ronstadt. And “Guilty pleasures”? Forget it. So if I’m down with “Africa” by Toto we have to… what exactly? Duel?

We’ll call it soft rock and – as with all the titles in the evolving Ultimate Genre Guide series – think of it as a meeting point, not a straitjacket. Applying some of the confessional modes of the singer-songwriter to a smooth and melodic presentation, this music could involve great harmonies, traces of folk and blues (as in the phenomenally successful work of Fleetwood Mac) or country rock (as with our cover stars the Eagles). It was well-suited to the studio perfectionists (like, say, Supertramp) or to virtuoso musicians (like Steely Dan). It delivered classic albums to a huge public who enjoyed appreciating their subtleties on quality audio systems, and who had the money to buy them in vast quantities. And, as Mark Beaumont will explain, it delivered some fantastic singles too.

Hopefully this magazine will be a path to your discovery, or rediscovery of those and much more of this music. Whenever you find your delight, enjoy, and take it easy.