Our latest special edition goes on sale this Thursday 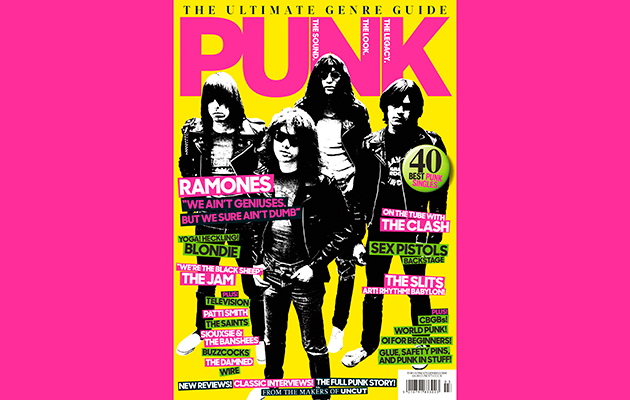 A few months ago, John Lydon recalled in Uncut the early days of Public Image Ltd – a band he described as “too far forward, too far out there” and yet who have, miraculously, endured for 40 years now. You can read more about Lydon alongside The Clash, Wire, the Slits and more – as well as their American counterparts like Ramones, Patti Smith and Television – in our latest Ultimate Genre Guide. This one, as you can probably tell, is devoted to punk in its many splendid forms.

The special edition goes on sale this Thursday – but you can buy a copy from our online store by clicking here. Before I hand you over to John Robinson, who edited it, just a gentle reminder that the current issue of Uncut is on sale now – stars Rod Stewart, Pixies, the Byrds, Jess Williamson, Sly Stone and much more – and you can even have it delivered for free direct to your front door.

Anyway, here’s John to tell you more about our Punk UGG.

“People think NME was all leather jackets, punks and drugs,” Danny Baker wrote on Twitter recently. To prove how this wasn’t completely the case, he then posted a picture of the NME office from 1979: of writers Lynn Hannah, Monty Smith and Phil McNeill, a trio very much more about glasses, sensible hair and open-necked shirts.

Punk gave us many odd juxtapositions and contradictions – it introduced situationism as a pop culture topic, while also advancing the idea of spitting at a performer of music – but among the most satisfying is the meeting of punk and journalist. There are some great meetings in the archive pieces included here. The young Tony Parsons brims over with the possibility of The Clash, an interview released in part as the flip of the “Capital Radio” EP, free to NME-reading punks minded to send in a coupon. Parsons is an avatar for the times, behind them and the Buzzcocks; bitterly disappointed by Blondie’s perceived selling out.

Then there’s Phil McNeill. A bit older. Possibly a bit more sceptical. Here you’ll find him holding his own with the moodier elements of Wire, and attempting to reconcile the many simultaneous directions of the Slits. More particularly you’ll find him getting stuck in with the Sex Pistols in Amsterdam. Undaunted by his surroundings, he braces the co-operative elements of the band (Matlock; Cook), tries gamely to interview Rotten (who declines) and faces down a front-foot Steve Jones.

“They’ve been good to us lately,” Paul Cook interjects on behalf of NME.

“We’ve been good to you all along,” McNeill retorts.

It’s the kind of robust engagement with the subject that you’ll find in the new writing throughout this magazine, too. Whether your vision of punk is the punk of ideas and empowerment, of resourceful initiative-taking and musical freedom of expression, then you will read about it here in reviews of work by Patti Smith, Television, the Slits and Buzzcocks. If yours is a punk of outrage and bold statement of intention then thoughtful pieces on the Clash, the Sex Pistols, and The Saints – the early-adopting Australian punk band – will reveal some new insights.

There’s a review of 40 quintessentially punk singles, a map of world punk, and a list of non-musical punk artefacts. There’s a piece on the collectables and also the legacy.

There’s plenty to get stuck into. In fact, as the T-shirt had it, you’re going to wake up one morning, and know which side of the bed you’ve been sleeping on.