Welcome to this updated version of our special. Bismillah! 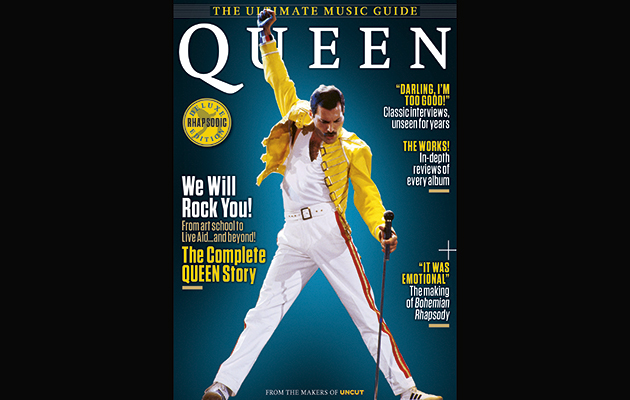 This year’s London Film Festival begins tomorrow with, as usual, a strong selection of music films. Among the highlights is Blaze – the biopic of late country hellraiser Blaze Foley. A close friend of Townes Van Zant (played here by Charlie Sexton, moonlighting from Bob Dylan’s band), Foley’s was an enigmatic, confounding legend – significant details of his life are undocumented, his recorded musical output was sparse – and though his songs have been covered by Merle Haggard, John Prine and others it seems likely this new film, starring Benjamin Dickey and directed by Ethan Hawke, will further honour Foley and his music.

By contrast, Freddie Mercury is a man who needs little introduction. Later this month, Mercury and his band Queen have their story – or, at least, some of it – turned into a biopic. As ever with projects like this, there are two separate audiences to satisfy. The casual viewer and the devoted fanbase. What part of the stays in? What comes out? What do people already know? What do people need to know?

To an extent, it’s a conversation we might have here when assembling one of our Ultimate Music Guides. Which brings me neatly onto this latest updated UMG – a deluxe, remastered edition of The Ultimate Music Guide to Queen. This splendid volume goes on sale from Thursday – but you can buy a copy now from our online shop. Here’s John Robinson, our one-shots editor, to tell you more about it…

Had the world changed in 1974, or had Queen changed? Never a critics’ band, Queen’s relationship with the press remained amusingly rebarbative in good times and in bad; those encounters are relayed for your enjoyment here in full, outrageous colour. If the rock press treated Queen with suspicion (occasionally with barely concealed homophobia), even in their early career Freddie Mercury had developed a persona to withstand it, and any of his own vulnerabilities. At one point an interviewer wonders if the singer is vain. “My dear, I’m the vainest creature going,” he replies with some élan, still some months from his commercial breakthrough. “But so are all pop stars…”

If it was designed to repel the press, this same persona, over the 17 years until Mercury’s death in 1991 (and beyond that event, via their million-selling compilations, live albums and the posthumous studio album Made In Heaven) helped Queen enjoy an enormously close relationship with its public. As the pieces here reveal, this was far from accidental. Into a rockist landscape, Queen injected a sense of fun, and willingness to please a crowd. Their operatic hit “Bo Rhap” (as “Bohemian Rhapsody” quickly became known) could not be played fully, authentically, live. Queen embraced the fact. They left the stage leaving backing tapes to deal with the song’s six-part harmonies, and returned in new costumes to rock out like a serious band at the close.

Queen’s was a music that balanced gesture and authenticity, pop and rock, business and pleasure. If there is a struggle in their tale, it is a non-traditional one. Having initially resisted their commercial potential, Queen gave in to their ability to please crowds – and gave the people what they wanted, a policy which they developed to a fine art. Their unrivalled Greatest Hits album was unrivalled for a reason – the tracklisting even changing from region to region. It’s a policy which continues to this day. The new Freddie biopic Bohemian Rhapsody impressed Brian May and Roger Taylor – it will no doubt impress you too.

Let them go? No! We will not let them go!